Trending
You are at:Home»Entertainment»Movies»Movie Review: “Call Me by Your Name” 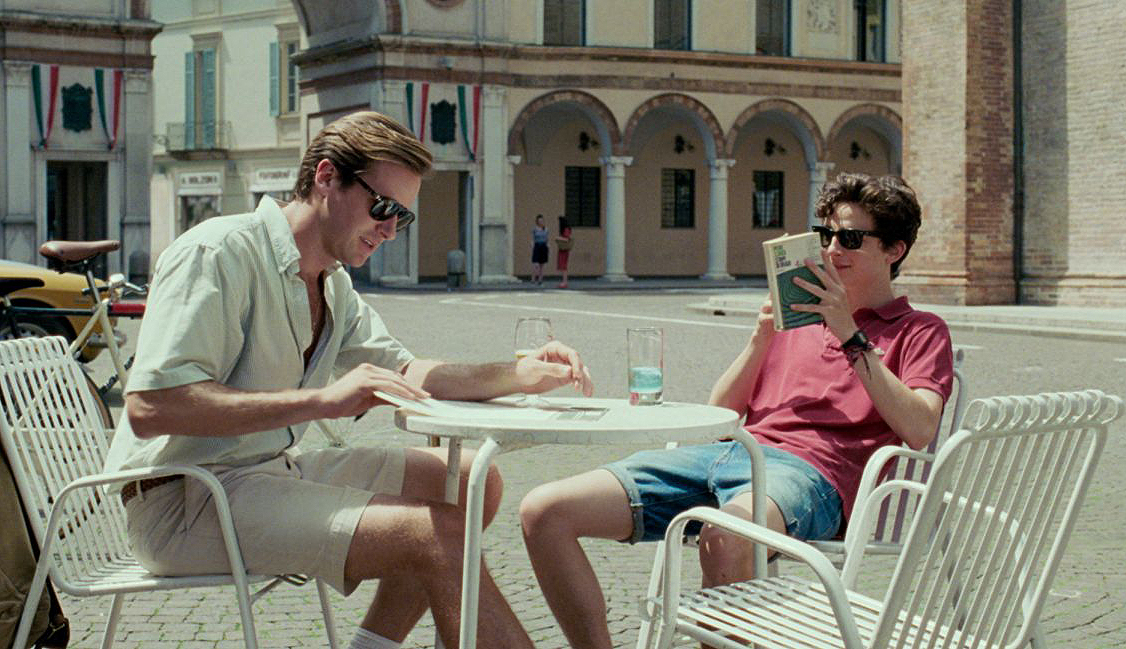 Infatuation is a hell of a drug. One of the few universal experiences that everyone undergoes, falling in love with someone affects people no matter their age, location or any other defining feature. A person falls for another and suddenly his world is tossed upside down. It is an exhilarating rush to feel that charged energy brimming beneath the skin, but with it comes anxiety and a sudden questioning of identity as this new person has (seemingly) irrevocably changed one’s life.

In the best of circumstances, it’s reciprocated and becomes a lasting love that defines a time and a place, forever associated with the moments spent together. In the worst, it is an unrequited desire that one has to let go of before finding new people and new experiences. Director Luca Guadagnino painstakingly tells an all too familiar tale of growing infatuation in the exquisite “Call Me by Your Name,” which details a coupling that feels real, vital, uplifting and heartbreaking in its own right. The film is a great ode to the power of falling in love and discovering one’s own truth and identity through the reflection of another, and it’s also one of the year’s best movies.

It’s the summer of 1983 somewhere in northern Italy, and Elio (Timothée Chalamet) is spending his days at his parents’ summer home. His father (Michael Stuhlbarg) is a professor who annually receives a graduate student to assist in his work and stay with him at the familial home. This year, the family welcomes Oliver (Armie Hammer) into the fold, a dashing all-American type that appears very intelligent and increasingly aloof. While Elio spends his days transcribing music and hanging out with the local teens, including wooing the blossoming Marzia (Esther Garrel), he is plagued by a burgeoning attraction to Oliver. Elio is unsure if Oliver would ever feel the same way as him, and more importantly, what this all means or how to act. The two spend the summer both literally and figuratively dancing around each other as their emotions continue to build.

“Call Me by Your Name” is at once a triumphant tribute to that dizzying feeling of falling in love while also being a poignant reminder of what heartbreak can feel like in those halcyon days. The film is a gorgeous depiction of a young man discovering himself through his affection for another, and every frame is imbued with the sense of passion that comes with the early days of romance. Even when turbulent times occur, there is still a sensuous quality to the movie that wraps itself up in the sights, sounds, tastes and feel that the characters are experiencing. Guadagnino recreates an authentic world not just of emotion but also a truly loving look at the region and time that will transport viewers. By creating this immersive experience through the brilliant camerawork, score, powerful acting and strong script, the filmmakers make it easy to step into Elio’s shoes and many viewers may be transported back to a former love of their own, with all of its awkwardness and exultation.

Chalamet and Hammer are incredible as the movie’s central figures. They are each very idiosyncratic in the way they operate, but it never feels overly quirky or an affectation. Instead, everything feels natural and real, and thus even more compelling to audiences who may not know people like this but can instantly identify their characters through their mannerisms. Of particular note is Stuhlbarg as Elio’s father, who is a delight throughout the film but ends up delivering a masterclass in sympathy and honesty in a penultimate scene. For most of “Call Me by Your Name,” Stuhlbarg is a fun and funny figure, but this one scene reveals a depth of emotional knowledge that runs deep and produces a sequence that will resonate with audiences. It’s a truly powerful moment that strikes deep at the heart of viewers who wish there had been someone so gentle, eloquent and accepting when they were at a similar place in their lives.

“Call Me by Your Name” is a gorgeous film in emotional and visual content. Guadagnino has crafted a beautiful ode to an experience that is once incredibly universal yet oddly personal. In telling this very specific love story, “Call Me by Your Name” opens itself up to sharing elements with everyone’s love stories. The performances are lived-in, natural and defiantly human, and will sear themselves onto the hearts and minds of viewers who will recognize their own selves in these characters. Infatuation is an incredible experience that invigorates and inspires people but also leads them across dangerously vulnerable territory. This film is a wonderful exploration of the double-sided sword of love and the way it can cut everyone much deeper than they ever expected.