Trending
You are at:Home»Entertainment»Movies»Movie Review: “The Greatest Showman” 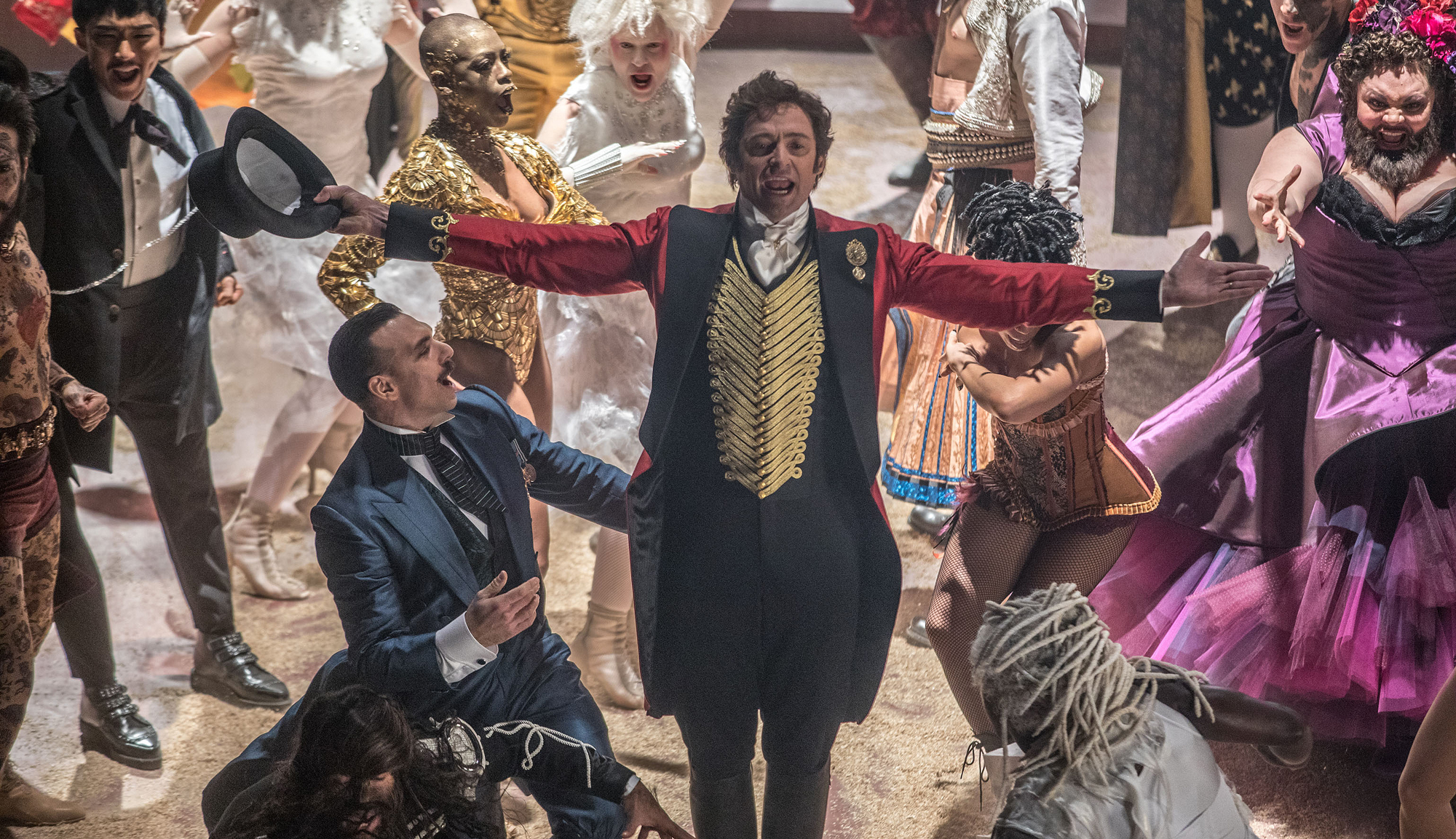 Spectacle can be a good thing – a bit of escapist fun that transports audiences into a feast for the senses and allows them to leave their worries behind. The old razzle-dazzle has its place in entertainment as people desperately seek to experience something they never have before. Problems arise, however, when spectacular elements become boring and mundane, quickly rendering their sole purpose obsolete. Or worse yet, when something brash and fun confuses itself as something deeper or emotionally engaging, it becomes a slog to endure the bravado. “The Greatest Showman,” an original musical based on the life of famed huckster P.T. Barnum, commits both these sins by being easily forgettable and emotionally muddled. The film never totally gets a grip on the story it’s telling, only the story it wants to tell, and as such becomes a tedious exercise in shallow extravagance and wasted talent.

P.T. Barnum (Hugh Jackman) has dreams of overcoming his station in life as a tailor’s son who married the daughter (Michelle Williams) of the rich man who employs his father. He encounters lots of setbacks and personal issues rising from the gutter until he strikes upon an idea that will surely bring in the crowds: an exotic menagerie of sideshow attractions. While Barnum manages to bring in the masses and attracts a high society playboy (Zac Efron) as a producer, he chases any hint of respectability that continues to elude him. Torn between the successful family he has built out of his own bunkum and his dreams of finally belonging to the upper crust, Barnum remains a classical showman who is walking a tight rope of his own.

“The Greatest Showman” isn’t necessarily a bad movie – it’s just an easily forgettable one, which is its own special sin. If something is bad, it at least elicits an emotional response and makes viewers feel something. The movies that are easy to overlook commit the greater transgression of simply wasting time and talent on something that should be provocative in some manner. Barnum is a fascinating figure – a man who, by all accounts, was both beloved by his entertainers and yet utterly willing to whore them out and trade on racist exoticism and fearmongering to sell tickets. He constantly thought himself smarter than the average rube but also desperately wanted to be part of the higher echelons of culture that wanted nothing to do with him. Those two sentences provide more conflict and character portrayal than the whole of director Michael Gracey’s film. Jackman infuses the main character with the wonderment and showbiz swagger that is charming, but the script (by Jenny Bicks and Bill Condon) lacks the emotional depth to traverse Barnum’s multiple facets.

All of the performances are exceptional but severely limited by the material. Efron and Williams are impressive in their singing and choreography, which harkens back to old school musicals, while Zendaya, as an acrobat all too cognizant of her position in the world, is especially affecting with her ability to convey many emotions with the simplest of facial gestures. It’s just a shame that all of it amounts to a bland compilation of redundant musical numbers and clichéd, paper-thin characters. Those songs are especially disappointing as they blend together into basically the same song that is about the same thing and all sounds the same. It’s not a good sign for a musical when audience members are hard pressed to recall one single ditty after the credits have rolled, because they are all interchangeable. Each and every song in the film is about daring to dream something incredible, and every single one sounds like the music writers heard “Wait for It” from “Hamilton” and basically copied that again and again. There is no discerning between each entry, because they all have the same driving percussion and sweeping choral elements that are meant to inspire but are ultimately just tiresome.

This biopic’s inability to wade between the complicated lines of Barnum’s life is reflected in its inability to switch up musical styles or sounds, or even the color palette of most scenes. For a movie about inspiring people by showing them something they have never seen before, “The Greatest Showman” never once reveals itself as anything novel or interesting. It’s a basic story that tries to sand off the rough edges and fit everything in to simple character arcs without having the decency to put forth entertaining moments of song and dance. While the real P.T. Barnum could scare up tickets for this film, he would need a whole lot of taradiddle and a bevy of lies to make it actually interesting.