Trending
You are at:Home»Vices»A Drink of the Week Special Report: Boozing Through New England, Part 1

The truth is that, to paraphrase Captain Louis Renault, I’m only a poor dissolute cocktail blogger.   So I naturally took advantage when I realized I could spend ten beautiful fall days in New England by imposing on the hospitality of family and a very old friend. Bookended by two great weekends in Boston, my trip took me to the exurban southern edge of Massachusetts, into the small but mighty State of Rhode Island, and to super-casinos of Connecticut. Naturally, I drank in all of those places, and a great deal of it was worth talking about. We’ll begin at the beginning. 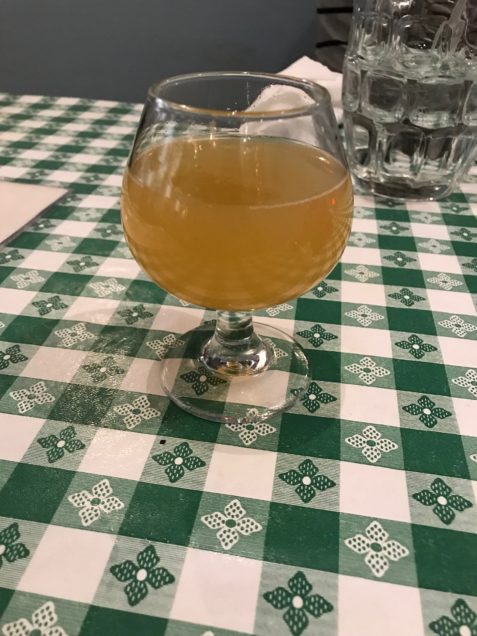 My booze odyssey began shortly after my arrival at a neighborhood barbecue joint catering to hungry students and a prof or two — like pretty much every restaurant in Greater Boston. I was very happy to find that some smart person at the Redbones bar came up with the idea of combining Four Roses Bourbon, grapefruit juice, and the handiwork of our friends, the bees. They call it, sensibly enough, the Kentucky Honey. It’s very simple but surprisingly well balanced beverage with the bitter notes in the citrus keeping the rest of it in check. It might not look like much, but it’s one of the better drinks of my trip. A good start!

I covered the cocktail Ward 8 in the very early days of DOTW, and then revised it in honor of one of my favorite movies in 2014. And so the name, and the connection with the city of Boston, stayed with me and Ward 8 became my highest booze priority. Good call on my part. Located at the edge of the North End, just a few blocks away from the two best Italian meals of my life, Ward 8 is a class joint with a friendly feel and a thoughtful approach to cocktails. It provided me with the best cocktails of my entire journey — and also the best french fries, and I ate some very good ones. Really, really good fries.

Dan, our fresh-faced, enthusiast of a bartender, provided us with three  outstanding drinks (two pictured). One was a pretty spectacular light but not too sweet cucumber accented concoction he worked up when my friend asked for a relatively easygoing drink (and which I failed to record the ingredients of).

I, of course, wanted to get serious with my alcohol.. First, there was the boldly outre Black Widow, with Bank Note Scotch a brand that’s new to me) along with calvados (a new favorite of mine), honey, and black walnut bitters. It was boozy without being hot and extremely well balanced between bitter and sweet flavors. Quite an achievement given the unusual combination of spirits. 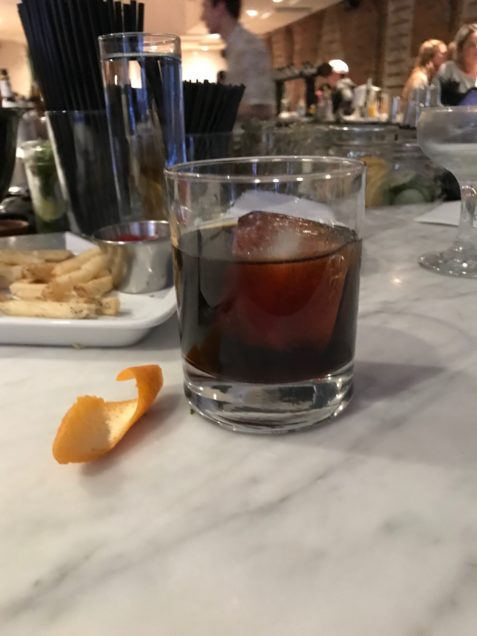 Even better was a blend of two of my favorite cocktail ingredients, both with an amaro-esque bittersweet flavor: Punt e Mes (my best-loved sweet vermouth alternative) and Cynar (the only artichoke based liqueur I know of, but I’ll say it’s the best anyway). Also on board for the ride is lemon juice, Angostura orange bitters, and a bit of salt (which I didn’t notice). The whole thing is finished off with a Dale DeGroff-style flamed orange peel, set aside once it’s oils have been well distributed on the surface of the drink. Bartender Dan had outdone himself Did I mention the fries were really good? 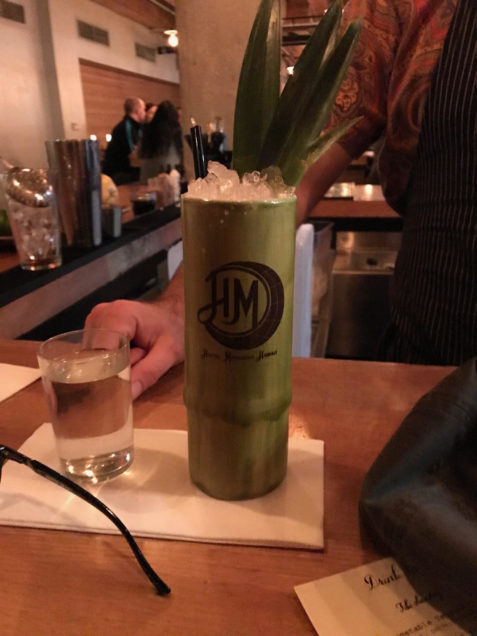 This modernist downstairs joint is at the top of the list of highly respected  Beantown cocktail bars. It’s employed some of the nation’s most respected mixological gurus, including Josey Packard, and that’s all great. However, it’s yet another high-end bar that doesn’t keep a cocktail list and all but forces us serious cocktail folks to order a bespoke booze creation. This approach can work beautifully — I’ve never had anything less than a top notch beverage at the Library Bar, for example. The only problems are that it does kind of leave you at the mercy of your particular barkeep, as well as your own ability to communicate with said barperson. Our host at Drink was an affable, tattooed fellow but I don’t think I was able to really get across what I was in the mood for. It wasn’t really tiki-stuff I wanted, since L.A. does that pretty well. I wound up with that anyway. It would later dawn on me that New Englanders have a special kind of sweet tooth. So of course they love the tiki and our bartender probably finds it a sure fire win with most ccustomers. (More about that in part 2.)

Nevertheless, I can’t say that the drink our guy came up, with, the Junglebird, wasn’t very nice. It’s a pretty classic blend of dark Jamaican rum, Demerara (turbinado) sugar, lime juice, and Campari, an ingredient I’m never averse to. It was a cooler that would have been right at home in my wondrous neighborhood in outer NoHo. I ordered another drink, hoping to get something a bit different. It was about as good, but, to give you an idea, it came in a mug shaped like an ape.

The next day, me and my Boston-area buddy would be heading off for the Indian casinos of Connecticut. Would I bet the farm and lose my shirt before being delivered into the bosom of my family? Would I eat myself to death with fried seafood, lobster rolls, oysters on the half shell? Would I drink myself into a combined alcohol and sugar coma? All these questions will be answered next week in the second part of my New England booze odyssey.