Trending
You are at:Home»Entertainment»Movies»Movie Review: “The Disaster Artist” 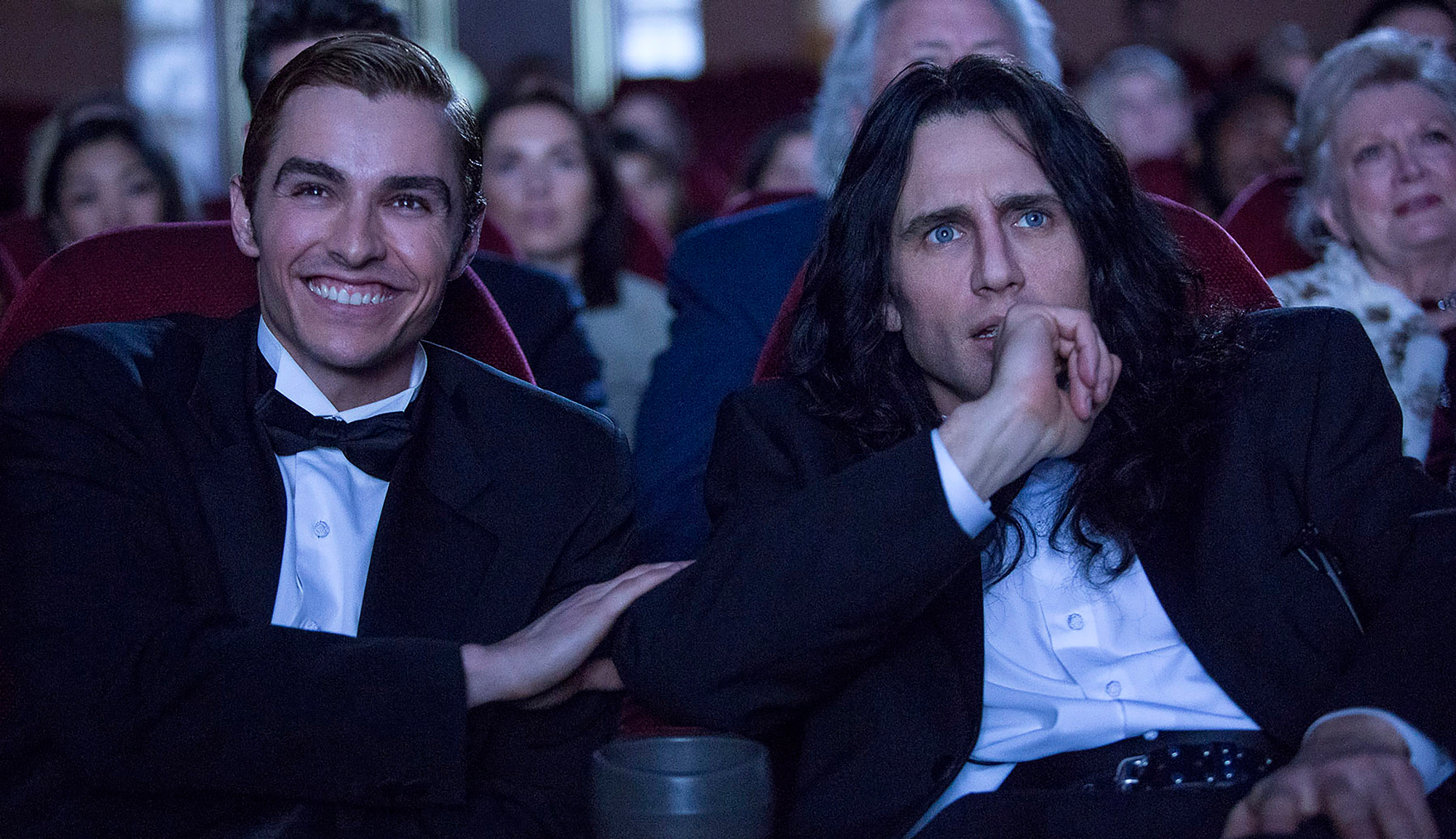 Whenever people move from consumers to producers, embarking on a journey of creativity to put something out in the world, they risk ridicule, scorn, or worse yet, indifference. It doesn’t matter how trivial, commercial or perceptibly impersonal the work is – that end result is still a reflection of its creator. Whether it’s a book, a film, a painting, a review, a tweet or whatever form of expression it takes, there is great vulnerability in putting a piece of oneself into the view of others for judgment. Because once it’s finished and put on display, it is no longer in control of the artist and instead becomes open season for others’ interpretations and reactions.

Director James Franco takes on the experience of a wayward creator in his latest film, “The Disaster Artist,” and reveals how even if something deeply personal is usually deeply flawed, it can still connect with audiences in ways no one could imagine. The movie is a great depiction of ambition, hubris, insecurity, friendship and the creative process while also being an utterly hilarious experience that viewers will return to again and again.

Greg Sestero (Dave Franco) is an aspiring actor in San Francisco who is too afraid of failure and the criticisms of others to have much of a presence on stage. When he encounters Tommy Wiseau (James Franco) in an acting class, Greg finds a man who is unencumbered by fear of rejection, due to either Tommy’s own confidence or his complete lack of awareness. Tommy is a weird man with a strange accent, bizarre turns of phrases and a seeming inability to act like a normal person. After the two move to Los Angeles and find their prospects drying up, they decide to embark on the project of making their own movie, “The Room,” even though Tommy is as inept a filmmaker as he is flawed a person. The resulting movie would eventually become infamous as one of the best “so bad it’s good” films, but that was never the intention behind Tommy’s oddly personal opus of friendship and betrayal.

Based on the book of the same name by Sestero and Tom Bissell, which in turn is based on the real-life events that led to the making of one of the most bizarre unintentional comedies of all time, James Franco’s film is a triumphant and uproarious comedy that celebrates flawed creators and their mistaken creations. Tommy’s utterly idiosyncratic persona is always hilarious as he filters normal interactions through a mind that seems completely foreign to concepts of simple social decorum. Watching Greg and the film’s crew try their best to deal with Wiseau is the main source of comedy, and it never gets old, as there are always new ways for Tommy to surprise, shock and bewilder those around him.

It would have been very easy to make a schlocky, simple comedy that rested on a base caricature of Tommy’s weirdness and the infamy of “The Room,” but “The Disaster Artist” isn’t a simple or base film. James Franco’s performance is more than just a wonky accent and some prosthetics, but instead a fully realized person whose insecurities manifest themselves in bizarre and unfortunate ways leading to his terrible movie. The relationship between Greg and Tommy feels real, if uncommon, and is the source of the film’s soul; while they are polar opposites in many ways, they complement each other and ultimately support each other, though there may be missteps along the way. Dave Franco, Seth Rogen and especially Ari Graynor all turn in hilarious and fully realized performances as people caught up in Tommy’s whirlwind, with Josh Hutcherson and Zac Efron also delivering a lot of laughs as actors in “The Room.”

“The Disaster Artist” is about the nerve of creators who dare to put pieces of themselves up on the screen and how it takes some lack of self-awareness in order to tempt that hubris to do something so grandiose. In the tradition of “American Movie” and “Ed Wood,” Franco’s film is a testament to ambition far exceeding talent and the ability to connect with audiences in unplanned, but still profound, ways.

“The Disaster Artist” is one of the best movies of the year and also easily one of the funniest. The main sources of comedy are the peculiar interactions Tommy has with people, but the true engine of the film is its heart. The piece recognizes that Tommy Wiseau is a weirdo, a dreamer, an asshole and a good friend; in short, he’s a unique person with multiple sides and not just a joke that is easily reduced to funny mannerisms. The reaction to “The Room” is never what Tommy intended, but that is the fate of all creators who have to let the world decide on the merits of their creations. But the fact that he got a reaction at all, which reverberates to this day in pop culture and among cult film fans, proves that his was a singular vision that could not be duplicated. That James Franco is able to deliver the story of its creation with as much heart and humor as “The Disaster Artist” contains is a true testament to the transformative power of art.