Trending
You are at:Home»Lifestyle»Amazon Key & Home Security: A Lesson In Arrogance? 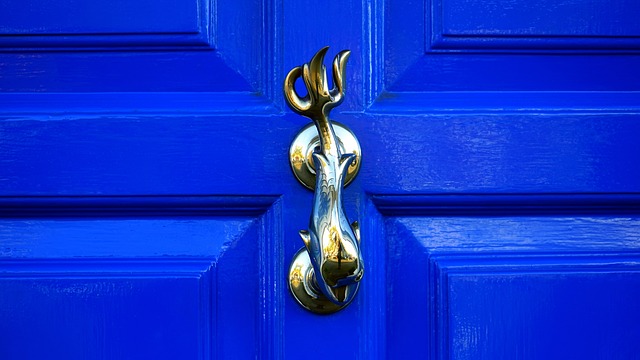 Amazon has confidently announced a new service that will allow couriers to access houses and deliver goods when there’s nobody in. Akin to a number of home security products that have already been rolled out by various companies, the Amazon Key service utilises smart home technology by requiring users to install both a digital keyless lock and an Amazon Cloud Cam. This allows Amazon delivery drivers to access your home while a smart camera to monitors them.

Yet, with 58% of eligible users saying that they “definitely would not use the service”, it looks like Amazon has made an error. Yes, it’s frustrating to receive a “sorry we missed you” postcard from a courier, but most people seem to prefer it to the alternative of strangers being able to gain access to their properties. Are consumers right to be wary of this new service and is there any way it can still be successful?

What level of security does Amazon Key offer?

The service has a number of security measures in place. Firstly, the delivery driver must request access to your home, before Amazon then verifies that the correct driver is at the correct address at the agreed time. They then engage in encrypted authentication which checks the identity of the courier. That process kickstarts the Amazon Cloud Cam, beaming a live video to your phone which ensures that you can monitor the courier.

However, despite these apparent safeguards, a number of security fears have still been raised. As Vince Warrington, of security company Protective Intelligence, points out, opportunistic theft from the drivers can nonetheless still occur. Even more scarily, he contends that criminal gangs could potentially infiltrate the system by either getting their own people approved as delivery drivers, or through bribing the approved drivers themselves.

Despite this, perhaps the most significant threat from the Amazon Key is the risk of being hacked. This is despite robust precautions by Amazon to secure the technology, and the fact that the company has a good security track record themselves (meaning they are unlikely to advantage of the devices themselves).

This hacking threat is the very danger that has dogged various other smart home products recently. The market is ever growing, with a wide range of home automation security systems now available. Despite proclamations of the ease and safety of setting up these systems by the companies that sell them, the threat of being hacked is real.

With research showing that some Internet of Things (IoT) devices like home security systems can be crawled by search engines, they can be extremely vulnerable to hackers. The Amazon Key is even more dangerous than most people realise, with the security threat two-fold.

Although many technology companies encourage consumers to install this type of technology themselves, a professional and traditional approach to home security is likely to be more effective. According to Banham Security’s advice on wireless alarm installation, a DIY approach can open consumers up to security risks. Through not working with a professional security company, consumers can also miss out on routine professional maintenance and monitoring of the systems.

Is Amazon playing a high-stakes game of follow the leader?

It appears that Amazon are launching the service in order to set the technology agenda in a burgeoning smart home market. Their attempt to integrate them into their services smacks of a company aiming to control the ecosystem of the smart home, a market that appears as if it will only continue to grow. However, the unenthusiastic reaction from consumers suggests that the public will take a lot more convincing if they are to let strangers into their homes. The risks to Amazon’s investment therefore appear to be great in light of this reaction.

However, sometimes a bold risk such as this can pay dividends. When Apple announced that the iPhone 7 would feature no headphone jack, the consumer and media backlash was considerable, with many threatening to boycott the product. Yet, ultimately the iPhone 7 had comparable sales to its predecessor, meaning the was risk arguably justified. Perhaps even more significantly, and potentially a sign of encouragement for Amazon, this move has kickstarted a market trend, with Google’s upcoming Pixel 2 phone also not featuring headphone jacks. New concepts in general are often met with apprehension, with Airbnb now immensely popular despite the initial reluctance from the public to share their home with strangers. If Apple’s and Airbnb’s experiences are anything to go by, Amazon’s risk might just pay off.