Trending
You are at:Home»Entertainment»Movies»Movie Review: “Coco” 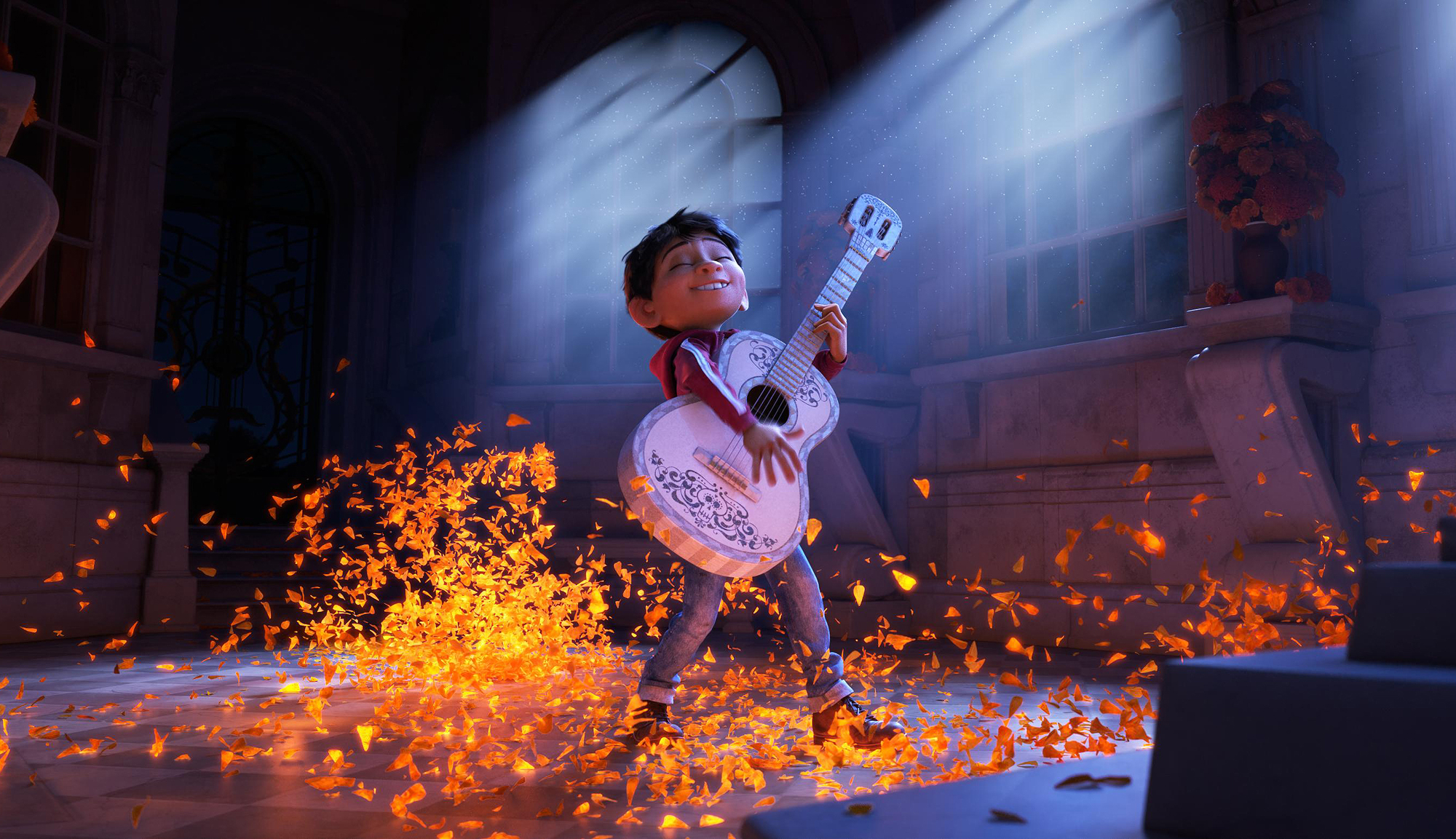 At the beginning of the decade, no one could blame Pixar staffers if they thought their offices were bugged. In 2008, Pixar announced that they were beginning work on a film called “Newt,” about a male and female blue-footed newt that were the last of their kind, paired up by scientists to save the species. Set for release in 2011, the film was scrapped in early 2010 once the studio discovered that 20th Century Fox’s Blue Sky Studios was about to release a film called “Rio,” about a male Spix’s macaw who’s taken from his home to mate with another Spix’s macaw. A few months after “Newt’s” cancellation, “Toy Story 3” director Lee Unkrich, on the heels of that film’s out-of-the-gate success, announced plans to make a film about Dia de los Muertos, the Mexican Day of the Dead celebration.

Three years later, Reel FX Creative Studios – also distributed by 20th Century Fox, ahem – released “The Book of Life,” a film about the Day of the Dead. This time, Pixar didn’t quit; instead, they waited it out, and they’re about to be rewarded handsomely for their patience. “Coco” is a positively dazzling and deeply touching visual spectacle the likes of which is light years beyond Pixar’s most recent, already extraordinary work. The hair in “Brave”? The water in “The Good Dinosaur”? The photorealistic backgrounds in “Cars 3”? “Coco’s” hypercolor landscapes and skeletal characters leave all of Pixar’s previous technical achievements in the dust.

Miguel (Anthony Gonzalez) is a 12-year-old with the soul of a musician born into a family of shoemakers, and not just shoemakers, but music-hating shoemakers, after Miguel’s great-great-grandfather left his family behind to pursue a career in music and never returned. Miguel’s favorite musician is Ernesto de la Cruz (Benjamin Bratt), considered by his people to be the world’s greatest musician. As the annual Dia de los Muertos approaches, Miguel sees an opportunity to play music in public for the first time, but it is squashed by his great-grandmother. In a fit of desperation, Miguel attempts to steal a guitar that belonged to Ernesto while he was alive, and in doing so, Miguel crosses over to the Land of the Dead as his deceased relatives are making their way over to the Land of the Living.

At first, Miguel is granted an easy way back to the living world, but it comes at the cost of following his love of music. He refuses, opting instead to look for Ernesto, convinced that Ernesto would be proud to have a great-great-grandson who has his gift for music and would encourage Miguel to follow his dreams. A dead hustler named Hector (Gael García Bernal) offers to help Miguel find Ernesto if Miguel will bring a photo of Hector back to the Land of the Living, in order to help people remember him. The consequences of this are serious: if everyone in the Land of the Living forgets someone from the Land of the Dead, that person disappears from the Land of the Dead.

Unkrich has served as lead director on only two Pixar films to date, and they are without question the darkest films in the studio’s filmography (the “Toy Story 3” scene in the incinerator, Jesus). And here’s the thing: the movie isn’t dark because it partially takes place in the Land of the Dead. Quite the opposite, in fact: the Land of the Dead is a wondrous place, filled with ‘spirit animal’ hybrids that are rather difficult to explain but are both breathtaking and hilarious. No, the film is dark for other reasons that we cannot discuss, because spoilers. Suffice it to say, if your kids are under the age of 6, this may make them cry for different reasons than, say, it made this reviewer cry.

Which brings us to another of Unkrich’s tendencies: draining the grown-ups of all the tears. His films carry so much emotional heft, and pairing him with “Frozen” songwriters Kristen Anderson-Lopez and Robert Lopez to write the film’s songs (we’re calling it now: “Remember Me” will win the Oscar for Best Original Song) was a stroke of genius. There is a scene where Gonzalez, the youngest member of the cast, delivers the most emotionally raw moment in the film, and it is gut-wrenching in the best way (think Hiro’s “I’m satisfied with my care” moment in “Big Hero 6,” times infinity). Bonus points for the animation of Miguel playing guitar. When the song plays a D chord, the finger placement is perfect. Most animated films can’t be bothered with getting little things like this right. This is why they’re all still looking up at Pixar.

Pixar will also get credit for assembling an all-Latino cast for the film, but really, that should have been a given, right? Go back and look at the cast for “The Book of Life” for some perspective. There was Diego Luna and Zoe Saldana, sure, but the remaining lead characters were voiced by Channing Tatum, Christina Applegate, Ron Perlman and Ice Cube. Come on.

It has now been about 24 hours since I saw “Coco,” and the film has been dancing around in my head ever since. There is so much to love here, from the US Customs-type method that is used to determine who is permitted to leave the Land of the Dead, to the story’s cautionary tale on the price of fame. This is one of Pixar’s finest moments.