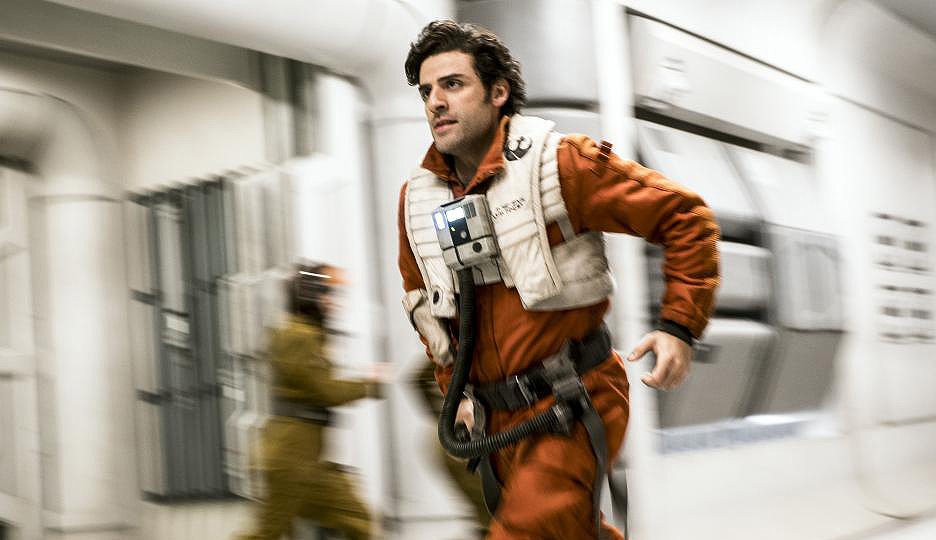 The holidays are upon us, and with them come many traditions. It’s not just families and communities that celebrate with their own special customs, but also Hollywood as it rolls out the last of its blockbusters and awards contenders. This season has a great mix of fun movies, serious films and more than a few excuses to sit quietly in the dark rather than arguing about politics with the family. Whether it’s the morbidly adorable “Coco,” Aaron Sorkin’s directorial debut or the latest “Star Wars” film, there’s sure to be something released over the next month and a half to delight and distract audiences of all ages.

Who: Anthony Gonzalez, Gael García Bernal, Benjamin Bratt, Alanna Ubach and Sofia Espinosa
What: Despite his family’s generations-old ban on music, Miguel dreams of becoming an accomplished musician like his idol, Ernesto de la Cruz. Desperate to prove his talent, Miguel finds himself in the stunning and colorful Land of the Dead following a mysterious chain of events. Along the way, he meets charming trickster Hector, and together, they set off on an extraordinary journey to unlock the real story behind Miguel’s family history.
When: November 22nd
Why: This Disney-Pixar film is already a smash hit in other countries, with audiences loving the phantasmagorical exploration of the Land of the Dead. With an all-star Latino cast, directors Lee Unkrich and Adrian Molina have delivered a fun look that celebrates life even among the remnants of the dead so as not to scare the children. Pixar (and “Toy Story 2” & “Toy Story 3” co-director Unkrich) has a pretty great track record, and this fun mediation on morality and heritage should be yet another home run for the animation studio.

Who: James Franco, Dave Franco, Seth Rogen, Paul Scheer, Alison Brie and Josh Hutcherson
What: When Greg Sestero, an aspiring film actor, meets the weird and mysterious Tommy Wiseau in an acting class, they form a unique friendship and travel to Hollywood to make their dreams come true.
When: December 8th
Why: “The Room” is one of the all-time “so bad it’s good” films ever made, with seemingly every decision to depict a dramatic tale of romantic betrayal being made by someone with only a cursory of knowledge of human behavior and emotion. Franco’s adaptation of Sestero’s book, which details the making of that classic movie, is a hilarious depiction of all of the outsized personalities and weird decisions made behind the scenes. But it slowly transforms from more than just a comical look at ineptitude and becomes a stirring tale of dreams and ambition… even if they are larger than the talent involved.

“The Shape of Water”

Who: Sally Hawkins, Doug Jones, Michael Shannon, Octavia Spencer, Richard Jenkins and Michael Stuhlbarg
What: An other-worldly fable, set against the backdrop of Cold War era America, circa 1962. In the hidden, high-security government laboratory where she works, lonely Elisa is trapped in a life of isolation. Her life is changed forever, however, when she discovers a secret classified experiment.
When: December 8th
Why: Guillermo Del Toro returns to his favorite world, the world of the sympathetic monster, with this romantic fairy tale for the new age. The director/co-writer has assembled an astounding array of acting talent to tell his story of outcasts and misfits daring to upset the status quo. Del Toro remains one of the best original storytellers working today, and this movie appears to be another deep dive into a lush world of unfettered creativity.

Who: Margot Robbie, Sebastian Stan, Allison Janney and Paul Walter Hauser
What: Competitive ice skater Tonya Harding rises amongst the ranks at the U.S. Figure Skating Championships, but her future is thrown into doubt when her ex-husband intervenes.
When: December 8th
Why: The stranger than fiction story of Tonya Harding’s rise and fall in the cutthroat world of Olympic ice skating would make a compelling story no matter who was behind it. But having so many talented performers turn in memorable characters that are equal parts tragic and hilarious seems right in the wheelhouse of director Craig Gillespie (“Lars and the Real Girl”). There’s a lot of buzz around Robbie and Janney’s performances as Tonya and her mom, respectively, who show that America’s love of a hero is only equaled by its need for a villain.

Who: Daisy Ridley, Mark Hamill, John Boyega, Carrie Fisher, Oscar Isaac, Adam Driver, Laura Dern, Benicio del Toro, Kelly Marie Tran, Gwendoline Christie, Domhnall Gleeson and Andy Serkis
What: Having taken her first steps into the Jedi world, Rey joins Luke Skywalker on an adventure with Leia, Finn and Poe that unlocks mysteries of the Force and secrets of the past.
When: December 15th
Why: It’s the new “Star Wars,” which continues on the mostly positive work done in “The Force Awakens.” And while hopefully the many references and attempts at reinforcing nostalgia are toned down in this volume, the main reason we’re excited is because it’s the new movie from Rian Johnson, whose films (“Brick,” “The Brothers Bloom,” “Looper”) are all stellar, and who has directed some of the best hours of television ever, including the “Breaking Bad” episode “Ozymandias.” With this acclaimed and immensely talented writer/director at the helm, hopes are high that “The Last Jedi” delivers not just a memorable “Star Wars” episode but an all-time great moment in sci-fi cinema.

“Jumanji: Welcome to the Jungle”

Who: Dwayne Johnson, Kevin Hart, Jack Black, Karen Gillan, Rhys Darby and Nick Jonas
What: Four high school kids discover an old video game console and are drawn into the game’s jungle setting, literally becoming the adult avatars they chose. What they discover is that you don’t just play “Jumanji,” you must survive it.
When: December 20th
Why: It’s always good to have an all-ages movie to enjoy with all members of the family around the holidays, and the new “Jumanji” film looks to be that call. The film is seemingly fueled solely by charm as it employs Johnson, Hart, Black and Gillan in the lead avatar roles that will enchant audiences. Those nostalgic for the ’90s entry may be disappointed on the new take, but it seems like another fish-out-of-water, reality-bending journey into a pop culture-infused take on the jungle. Plus, seeing The Rock force himself not to cry is always a pleasure.

Who: Hugh Jackman, Michelle Williams, Zac Efron, Rebecca Ferguson and Zendaya
What: Inspired by the imagination of P.T. Barnum, “The Greatest Showman” is an original musical that celebrates the birth of show business and tells of a visionary who rose from nothing to create a spectacle that became a worldwide sensation.
When: December 20th
Why: Every year, there’s a musical or two that tries to rekindle the old standards of Hollywood. This year’s entry is “The Greatest Showman,” which chronicles the life and times of P.T. Barnum, a flim-flam man who figured out a way to bundle up excitement, oddities, comedy and stage shows into one elaborate event. While the trailer does little to portray the film as a musical, and most likely some of Barnum’s penchants for being kind of a dick will be glossed over, there is something heartwarming about a tale of outsiders embracing the spotlight and rising to fame based on their talents and who they are, as opposed to who society wished they were.

Who: Meryl Streep, Tom Hanks, Sarah Paulson, Bob Odenkirk, Bradley Whitford, Carrie Coon and Alison Brie
What: A drama about the unlikely partnership between The Washington Post‘s Katharine Graham, the first female publisher of a major American newspaper, and editor Ben Bradlee as they race to catch up with The New York Times to expose a massive cover-up of government secrets that spanned three decades and four U.S. Presidents.
When: December 22nd
Why: Two reasons: 1) New Spielberg and 2) Hanks and Streep together on the screen. Okay, that alone may not be enough to grab people’s attention, but it is a gathering of some of the best film talent ever assembled to tell a sadly prescient story about the need for the press to check the power of those we’ve elected. Even though much of the outcome is fairly well known, Spielberg has shown (in “Lincoln” and “Bridge of Spies”) that it’s the process that’s fascinating and the way history twists and turns in the hands of ordinary people forced to make extraordinary decisions.

Who: Jessica Chastain, Idris Elba, Joe Keery, Kevin Costner, Michael Cera, Chris O’Dowd and Graham Greene
What: The true story of Molly Bloom, an Olympic-class skier who ran the world’s most exclusive high-stakes poker game and became an FBI target.
When: December 25th
Why: Aaron Sorkin makes his feature film directing debut with this bizarre story that marries the high profile world of celebrity and excess with the high stakes world of poker. The marriage becomes a fiery collision when Bloom (Chastain) is brought up on charges by the FBI and the only person she can trust is her attorney (Elba). Chastain and Elba are dynamite actors and, when given the whip-smart dialogue of Sorkin, they’re sure to shine in their roles as they navigate the very murky waters of legality and decency.

Who: Daniel Day-Lewis, Vicky Krieps, Camilla Rutherford and Lesley Manville
What: Set in 1950s London, Reynolds Woodcock is a renowned dressmaker whose fastidious life is disrupted by a strong-willed woman who becomes his muse and lover.
When: December 25th
Why: Writer/director Paul Thomas Anderson reteams with acting dynamo Day-Lewis in this enigma of a film. Is it about romance overcoming social mores? Is it about obsession derailing genius? Is it about the fallible hearts that fuel immortal art? The movie is possibly all of the above or even none of the above. But the reason it’s one to watch out for is the talent in front of and behind the camera, who are all very selective in what projects they make that it must be a compelling story for them to collaborate once again on something very special.