Trending
You are at:Home»Lifestyle»Is there really such thing as a bet you can’t lose? 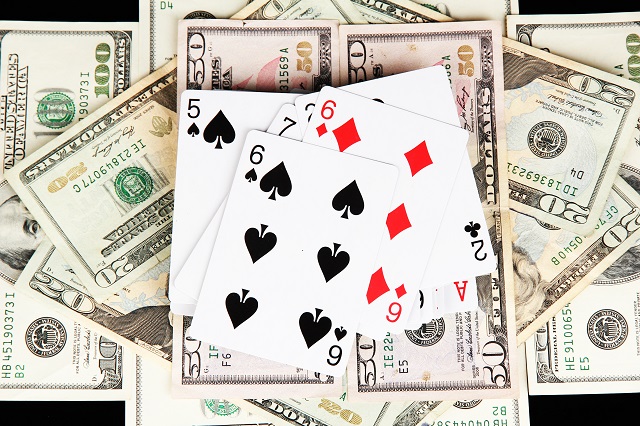 While cards and roulette wheels are the more dramatic draws of the average casino, nothing sums up the Viva Las Vegas spirit like an old-fashioned one-armed bandit. According to Vegas statistics, slot machines are annually responsible for $7 billion of revenue—a full $3 billion more than tabletop games such as poker or blackjack.

Yet, the trouble with slot machines is the constant uncertainty around beating the odds. The old stories about someone playing on a machine for hours on end and never winning, only to give up their seat to someone who hits the jackpot on the first try are legion, but there’s a sense of truth to them. Not only that, but casinos are using big data to their advantage, with bosses collecting usage and winnings stats to inform how to make their machines even more addictive.

From counting cards to using maths to increase your chances on a slot machine, gamblers have tried countless methods of upping their chances and, therefore, their winnings. But a bet you can’t lose? That’s a different game altogether.

While there are no casino games where winning is a dead cert, some casinos are hedging their bets with more skill-based games more akin to standard arcade fare. While these are likely to encourage younger people onto the casino floor, more traditional card games are also making a comeback. Considering these games give gamblers a greater chance of winning than slots—a fact one casino floor manager claims is actually not that widely-known—this seems counter-intuitive.

In the casino, blackjack has the lowest odds of any casino card game, with the 50-50 chances of craps coming in at a close second. Meanwhile, online gambling may appear algorithmically opposed to players beating the house, but some gambling platforms are seemingly trying to do just that. For example, MyLotto24’s Jackpot Hunter feature actively seeks out the highest pots with the best odds.

Regular gamblers who are more reluctant to use external forces to improve their chances will likely have done their homework on how to do better at their favourite games. Counting cards, for example, may be frowned upon—countless TV shows and movies can attest to that—but it doesn’t technically count as cheating. Having said that, casinos are taking steps to punish players who have their own systems to work out when to bet big and when to fold.

The same applies to slot machines; a New York Times article from last year explains how “advantage players” maximise their chances by spending more time observing the machines than they do playing them. One notes that “certain slot machines must pay off their jackpots” after taking a certain amount of money from users. From there, the advantage gamer simply has to wait their turn before hitting the slots.

Is losing money worth it to get better?

Seasoned, professional gamblers didn’t become professionals overnight; think about how much they lost before regarding games of chance as a full-time job. One pro gambler claims that he would regularly lose €30,000 on a weekly basis, before beginning to take the time to crunch the numbers and ensure that the stats (if not the odds) were as frequently in his favour as possible. That doesn’t mean that professional gamblers never lose; it just means that they are more likely to know when to walk away before they end up with nothing.

Ultimately, there’s no such thing as a bet you can’t lose; if the house doesn’t win the majority of the time, there won’t be a house to gamble in. Yet, in all of this, there’s something else which gets lost—the fact that slot machines and card games are, above all, games. A recent test has shown that, once users are made aware of some of the more nefarious industry tricks, they can walk away from the more addictive machines far easier than if they weren’t given that knowledge. So in the knowledge that the odds are rarely in your favour, why keep spending if it’s not fun?