Trending
You are at:Home»Entertainment»Movies»Movie Review: “The Killing of a Sacred Deer” 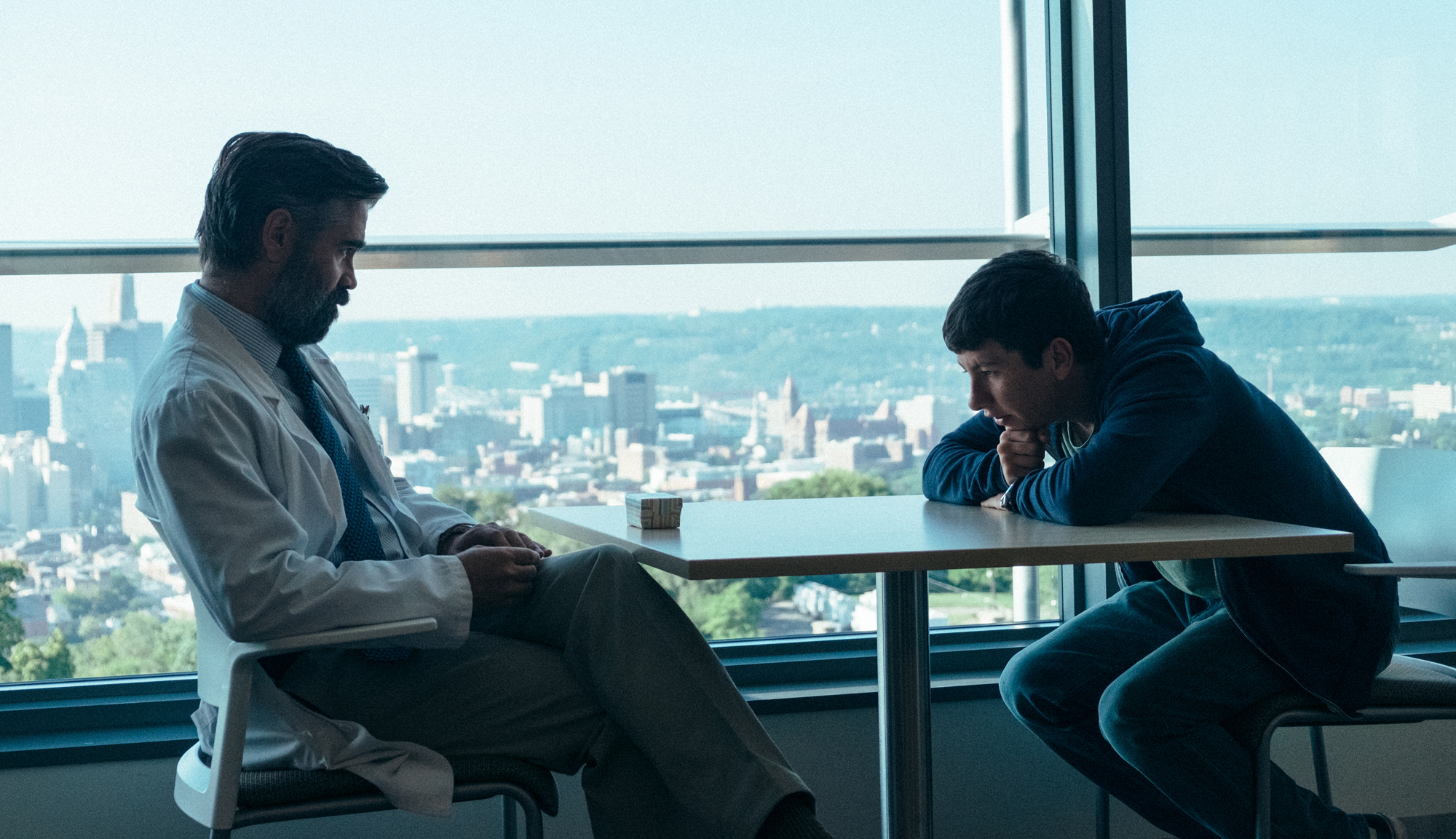 Across three of his feature films (“Dogtooth,” “The Lobster” and this year’s “The Killing of a Sacred Deer”), writer/director Yorgos Lanthimos has established himself as an observer of human behavior. More importantly, he has settled into the position of a darkly comic observer who has found much of human interaction wanting. His dialogue is wooden and straightforward, like stream-of-consciousness truths written in the style of catalog descriptions. But by stripping away these societal niceties to reveal the underlying truths of people, Lanthimos shows a world that is still chaotic and adherent to unnecessary rules and cultural mores. His most recent film, “The Killing of a Sacred Deer,” furthers that view by once again melding his wry comedy with magical realism to produce something that is both funny and grotesque yet always fascinating.

Dr. Steven Murphy (Colin Farrell) is a successful surgeon with a picturesque life. He has a loving marriage with his devoted wife Anna (Nicole Kidman) and two lovely children, Kim (Raffey Cassidy) and Bob (Sunny Suljic). He also seems to mentor and spend time with another boy, Martin (Barry Keoghan), who lost his father a long time ago. As Martin becomes ingrained in Dr. Murphy’s life, a strange illness begins to befall Bob that leaves the young boy unable to walk and soon uninterested in eating. The illness then spreads to his daughter, and that’s when Steven finds out this is somehow the doing of Martin as retribution for his father dying on the operating table while under Steven’s care. The only way to stop this mystery disease from infecting (and eventually killing) his wife and children, Steven must actively kill one of them, thus sparing the other two.

What makes Lanthimos’ films so unique is his signature use of dialogue. What is usually left private or unsaid is instead stated bluntly and matter-of-factly. In “The Killing of a Sacred Deer,” for example, Steven tells a group of friends at a cocktail party that his daughter just started menstruating last week. It’s an awkward detail and a clumsy reveal, but it’s greeted by the rest of the party as if that’s just how people talk, and that is Lanthimos’ ear in a microcosm – blunt facts devoid of guile that would usually be changed for some metaphor. The subtext becomes text and it is straightforwardly stated without much passion or emotion.

It is only when Steven’s family realize that they’re on the chopping block that they start to use subtext in their speech, prettying up their words with double meanings and lies in order to hurt each other or curry favor with Steven. In this way, Lanthimos seems to suggest that the original sin wasn’t a loss of innocence by way of an apple but rather people conniving each other to get what they want through the use of words obscuring their true intent. Only when there is something to gain, and something terrible to lose, do the people of Lanthimos’ worlds start to employ anything involving subtlety or emotion.

All of this would be dark and heavy stuff if it weren’t offset by some incredibly off-kilter humor. The black comedy of the situation verges on the uncomfortable but always has this juxtaposition of the impossible being met by the utterly practical words of the characters. By having this magical realist angle to the plot, it creates a disparity that produces some awkwardly comic moments that belie Lanthimos’ central tenet of the use of words to cover up the actual events of a situation.

The acting in the film is incredible, as every role is fully committed to Lanthimos’ vision of a stoic individual who merely speaks to convey information, like an ant vomiting into another ant’s mouth. In reteaming with his “The Lobster” director, Farrell once again shines as a man in an impossible situation who is trying to navigate some unlikely waters in order to save his family. Kidman is also good as the matriarch who is initially fiercely defensive of her children before realizing that the sickness will soon spread to her as well, and Keoghan is a revelation as the mysterious Martin, treading the line between impish child and another adult who converses just to impart facts. He’s creepy and sinister without any mustache twirling or really anything resembling malevolence. These performances, when combined with Lanthimos’ antiseptic set design – with everything in just the right place and looking impeccably clean, sterile and white – presents a world that suggests order but is in fact quickly crumbling into chaotic disarray.

Lanthimos’ films are not for everyone. Acts of brutal violence occur, and they’re not met with a lot of sympathy or drama, instead processed like a broken glass or some other minor accident. But for those that are attuned to his wavelength, Lanthimos has produced some of the most interesting and insightful observations about social interactions and how people are groomed by others to react in a certain way. “The Killing of a Sacred Deer” is another indictment against the false constructs that people erect in their language and worldview, and it shows how easily they can all come down when things get serious. It’s a brilliant fable that mashes up cold pragmatism with the light of magical realism, like if Michael Haneke directed a Gabriel Garcia Marquez short story, and it produces an utterly unique experience that will leave audiences a bit shaken but with much to ponder.