Trending
You are at:Home»Lifestyle»Chevrolet Truck History 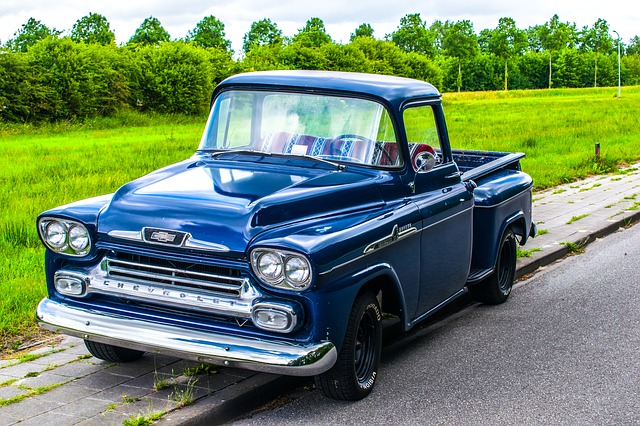 As soon as automobiles started to be built there were those that used them to transport freight and goods. At first, ordinary cars were used but soon enterprising dealers were selling stripped car chassis so that buyers could install their own homemade beds on them. In fact, small operations sprung up all around the country to manufacture these home-made trucks.

It didn’t take Detroit long to catch on to this trend. In 1916, Chevrolet was one of the first to offer a “pickup truck” right from the factory. It was a huge hit and by 1918, Chevrolet was building several factory-designed pickup truck models.

Soon, customers began demanding vehicles that could carry more weight than standard car chassis were capable of. Chevrolet soon started building heavy duty chassis that included stronger-steel frames, dual rear tires and more powerful engines. According to our subject matter experts at East Hills Chevrolet, a Queens NY Chevy Dealer, in the early 1940s, Chevrolet jumped ahead of the competition with a new powerful inline six cylinder engine. This engine, often referred to as “the Stovebolt Six,” became the mainstay power-plant in Chevrolet cars and trucks for several decades.

In 1941, the US entered WWII and the entire American automobile industry switched over to production of military equipment. The assembly lines at General Motors churned out thousands of aircraft engines and other war machines. Domestic automobile production did not resume until 1946 when the war was over.

In 1947, Chevrolet introduced its Advance Design Truck Line to satisfy pent-up, post-war demand. The Advanced Design trucks were quite unlike the previous, pre-war trucks. They were far more attractive with rounded fenders and dome-like cabs. Soon, an interesting thing happened. People started to buy at lot of trucks. Previously car to truck sales were about 4 to 1. By 1950, the ratio was closer to 2.5 to 1. America was beginning its love affair with the pickup truck.

By 1967, the Dwight Eisenhauer’s Federal Interstate Highway System was completed which gave motorists a highway system that accessed the entire nation. Trucks immediately played a big role in transporting goods and freight across the country. To power this new generation of trucks, Chevrolet offered a variety of small- and big-block V-8 engines. Before long, the nation’s highways were being cross-crossed by Chevrolet trucks.

During the 1990s, Chevrolet sensed a market for a new type of pickup truck; a truck that had real car-like features and interior appointments. Chevy’s answer was the Chevrolet Silverado. The Silverado trucks represented the first time that any manufacturer had focused efforts closely on providing passenger car-like interior comfort features in their trucks.

Those who owned the early Chevy trucks would be amazed at what they would see today. The newest trucks ride just as well as a fine car and are loaded with features. There isn’t such thing as a “utility truck” anymore, they are more like cars than ever before.