Trending
You are at:Home»Entertainment»Movies»Movie Review: “American Made” 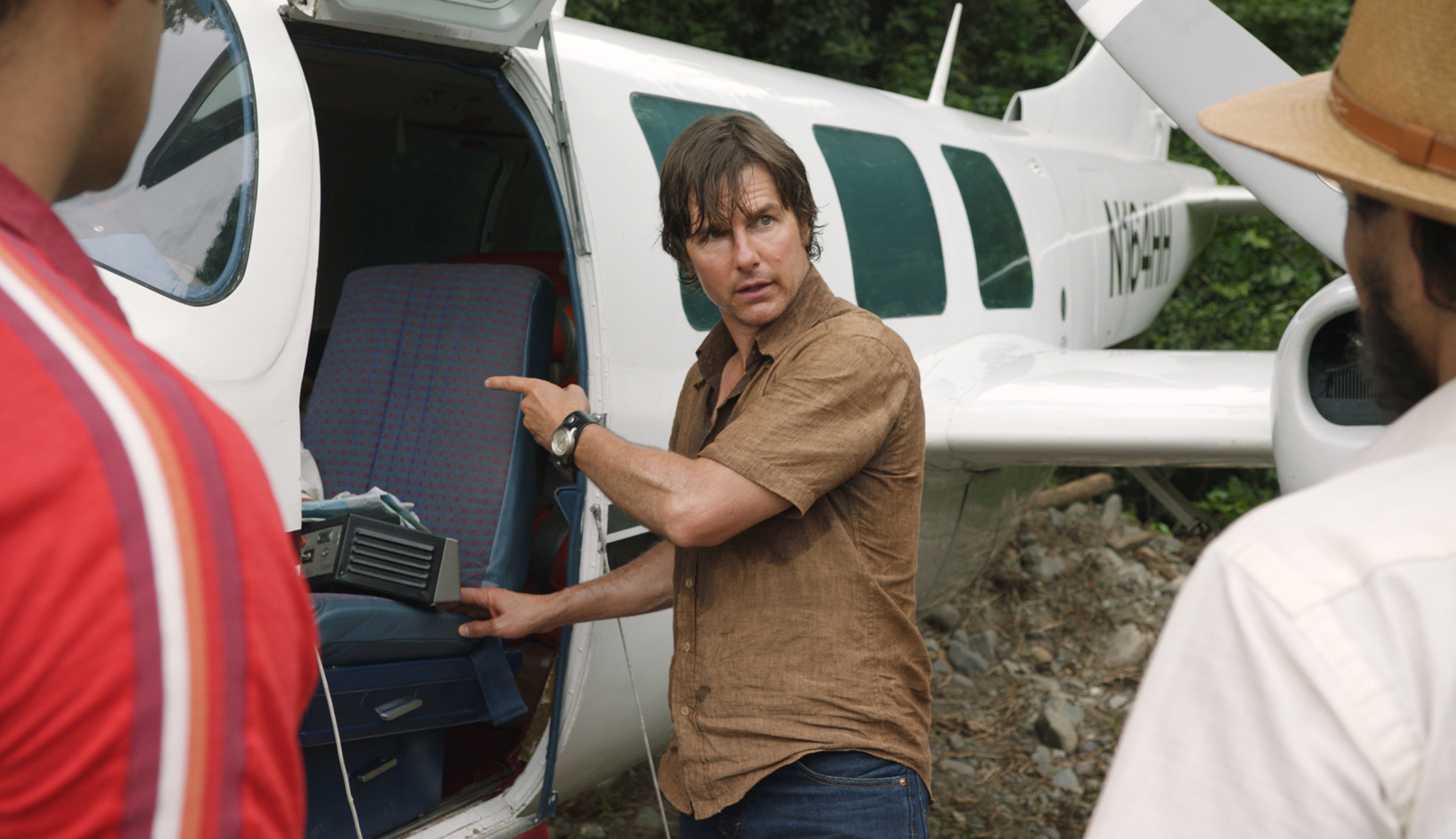 Actor Tom Cruise and director Doug Liman is a partnership the film world should hope never ceases. After making the wildly entertaining sci-fi film, “Edge of Tomorrow,” the duo has followed it up with a drama that’s just about as thrilling. With “American Made,” Cruise and Liman once again bring out some of the best work in one another by delivering an old-school studio film with plenty of laughs to go along with the high personal stakes.

Barry Seal (Cruise) isn’t seeking fame and fortune in this rise-and-fall tale about a pilot trafficking drugs, guns and soldiers for the CIA and Medellin cartel (led in part by Pablo Escobar, played here by Mauricio Mejia). From the very beginning of Gary Spinelli’s script, it’s established that Barry is a pilot thirsting for adventure. He’s clearly bored out of his mind flying for TWA, but when Barry has a little fun with a commercial flight one night, causing some turbulence in the process, he lights up like a kid in a cockpit. He wants adventure and danger, which he gets when the CIA comes calling.

In Barry, CIA stooge Monty Schafer (Domhnall Gleeson) sees a pilot who will get the job done without asking questions. Though he begins by flying reconnaissance missions for the CIA, snapping photos and such, Barry is quickly promoted to transporting supplies to Contra camps in Costa Rica and Honduras, earning some extra cash on the side by carrying back cocaine for the cartel. He runs the operation out of Mena, Arkansas, where he owns an airfield and is a respected member of the community. In fact, some of the film’s biggest laughs come from watching Barry’s influence in Mena, where he’s loved by the townspeople.

Barry Seal is such an attractive character that it’s easy to see why everyone loves him in the movie. As someone involved in some shady business, he’s a surprisingly likable character. He cares for his family, doesn’t want anyone to get hurt and is never one to use violence. With that in mind, it probably would have been wise of him to never get involved with the CIA or Medellin cartel, but he’s the sort of happy-go-lucky guy who doesn’t think many steps ahead of any situation. He’s always in the moment, which is what’s driving him. Barry is asking for trouble by refusing to ask questions, and yet you still root for him to come out alive in the end, despite the subtle sense of doom to all the fun he’s having.

Cruise has displayed some great, underutilized comedic chops throughout his career, from “Risky Business” to “Tropic Thunder” to the moments of levity in the “Mission: Impossible” films, and his natural, often hilarious work in “American Made” makes good use of those talents as well. As he did with “Edge of Tomorrow,” Liman subverts Cruise’s image by avoiding his typical movie-star heroics. Barry Seal doesn’t feel like someone in control of his situation, and it’s one of the actor’s most human, grounded performances in recent years. Cruise has never been one to make wild physical transformations, yet he transforms himself nearly every time, as he does here. Every second he’s on screen, Cruise is Barry Seal; it’s the kind of unshowy performance that we don’t champion enough.

Liman and Spinelli wisely keep the spotlight on Barry throughout “American Made.” There’s no cutting to dark alleyways or shadowy rooms where faceless government officials deliver exposition about the bigger picture – something Barry isn’t interested in. It’s a very subjective movie, with the camera on Barry virtually at all times. By telling the story from his perspective, all of the years and headlines that the film covers feels natural. Spinelli never rushes Barry’s story or gives the CliffsNotes version, which is something that many like-minded biopics and true stories have fallen prey to.

Liman brings an immediacy to “American Made,” doing away with the usual sort of highly-stylized camera moves and editing found in a lot of crime films for a look that’s more observant and intimate. There are some especially great and telling close-ups of Cruise that tell you everything you need to know about the character. Barry is looking for a rush in all the wrong places, and Liman gives the audience a similar sensation while telling his often hilarious, exciting and tragic story.