Trending
You are at:Home»Entertainment»Blu Tuesday: Narcos and More 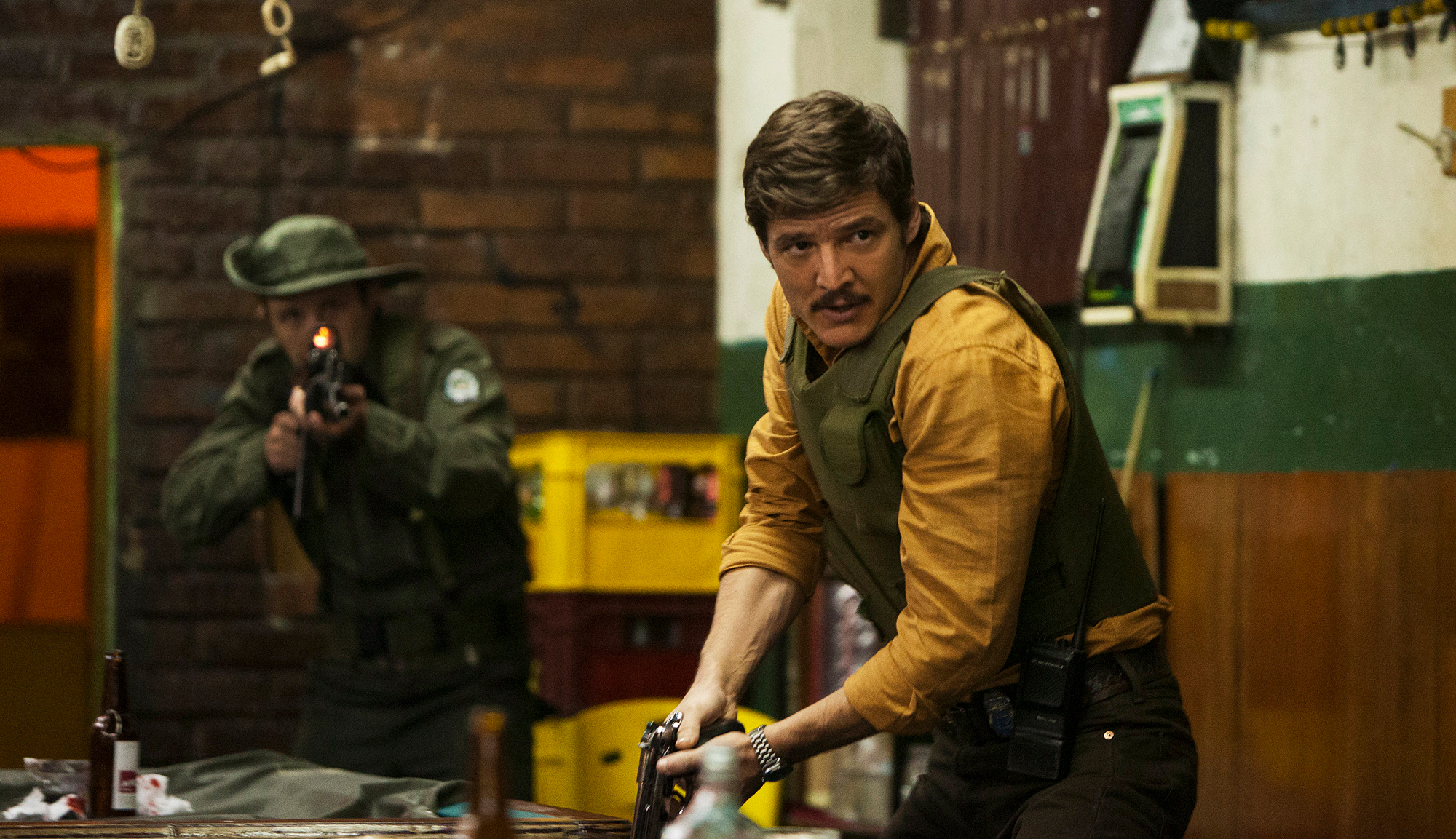 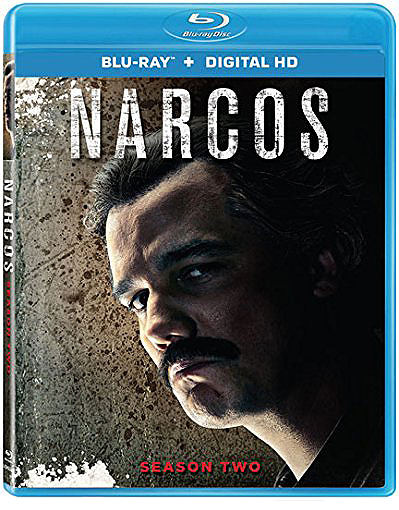 There are so many new shows released on Netflix every month that it’s impossible to watch them all, but “Narcos” is among the cream of the crop. It’s not only one of the best dramas on the streaming service – it’s one of the best dramas on television, period. In addition to the top-notch writing and high production values, “Narcos” boasts several great performances from its ensemble cast. Wagner Moura remains the show’s prized asset, delivering a multi-layered, chameleon-like turn as Pablo Escobar that doesn’t get the attention it deserves, while Pedro Pascal is also really good as the DEA agent hot on Escobar’s trail. Pascal gets a lot more to do in Season Two, and “Narcos” is all the better for it. Though the pacing suffers a bit from the story’s shortened timeline (months versus the years covered in the first season), it’s nonetheless a fitting end to Escobar’s reign that skillfully plants the seeds for the series’ continuation.

Extras include an audio commentary on the season finale (“Al Fin Cayó!”) with director Andrés Baiz, producer Eric Newman and actor Wagner Moura, an additional conversation with them about making Season Two and some deleted scenes. FINAL VERDICT: BUY

“The Flash: The Complete Third Season” 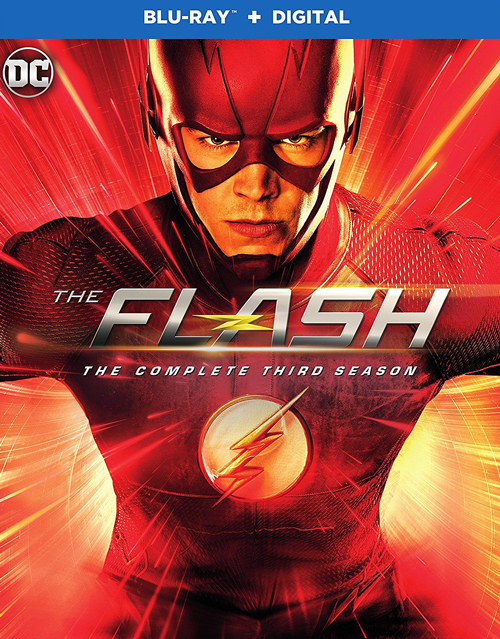 The first season of “The Flash” was so enjoyable that the show was bound to have trouble replicating that success in subsequent seasons, but in pushing the storytelling in a darker direction with Season Three, it loses the one thing that separated it from all the other superhero shows on TV: it’s sense of fun. Though tackling a major comic book event like Flashpoint may have sounded like a good idea on paper, it creates a series of problems that the writers then have to spend the entire season undoing. Additionally, the main villain isn’t very compelling, while the season-long mystery of Iris West’s impending death becomes tedious. The third season isn’t completely joyless thanks to the ensemble cast and amusing throwaway episodes like “Duet,” but despite holding on to its title as the best of the DC Comics shows, it’s still not as great as fans know it can be.

Extras include a trio of featurettes on time travel, the season’s villains and creating Gorilla City, as well as a behind-the-scenes look at making the “Duet” episode, the 2016 Comic-Con panel and more. FINAL VERDICT: RENT 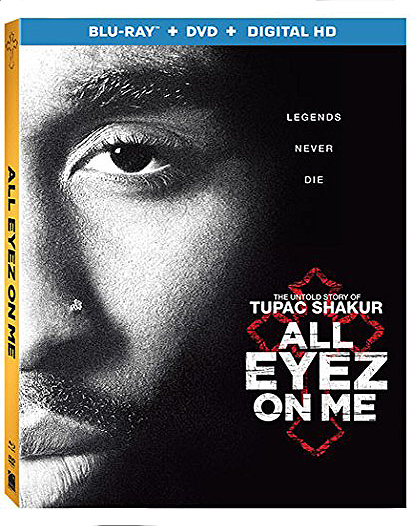 Following the success of “Straight Outta Compton,” it was inevitable that Hollywood would try to cash in by cranking out more biopics about famous rappers, and Tupac Shakur seemed like the next logical choice. But while the ‘90s rap icon is certainly interesting enough to support a feature-length film, “All Eyez on Me” lacks the energy and emotion of F. Gary Gray’s Oscar-nominated drama. Though Tupac lookalike Demetrius Shipp Jr. delivers a solid performance in the lead role, the rest of the acting suffers due to some really poor writing, editing and direction. The film is all over the place, jumping from scene to scene with little cohesion, while the use of a 1995 prison interview as a framing device is just plain lazy. Tupac’s story deserved better than this overlong and unfocused melodrama, and the people responsible know it.

Extras include a making-of featurette, a series of roundtable discussions with the cast and crew, an interview with actor Demetrius Shipp Jr., his audition tape and some deleted scenes. FINAL VERDICT: RENT

“The Immortal Life of Henrietta Lacks” 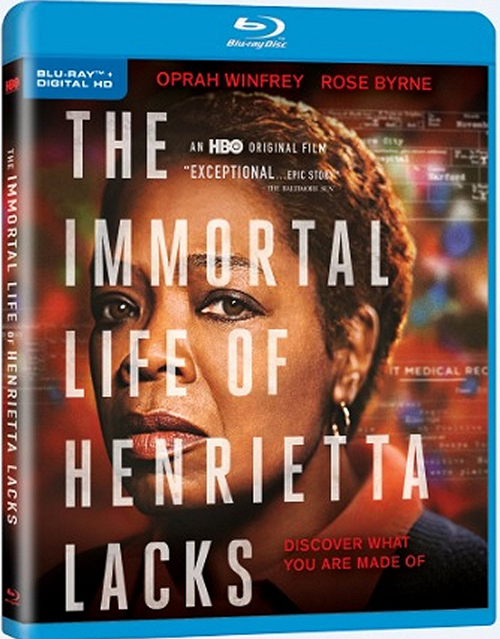 Most people have never heard of Henrietta Lacks, but the African-American woman (whose cancerous cells were harvested by doctors at John Hopkins Hospital in 1951 without her consent and then used to create the first immortal human cell line) is responsible for some of the biggest medical breakthroughs of the 21st century. This HBO original film recounts journalist Rebecca Skloot’s attempt to uncover more details about Henrietta’s life with the help of her long-suffering daughter Deborah. But while the history behind the HeLa cells (so named after its anonymous donor) is pretty fascinating, Rebecca and Deborah’s story isn’t quite as memorable. Though it’s a perfectly fine TV movie with some strong performances from Rose Byrne and Oprah Winfrey, “The Immortal Life of Henrietta Lacks” makes for a better book than a film.

Extras include a featurette about the legacy of Henrietta Lacks through interviews with actors Oprah Winfrey and Rose Byrne, director/co-writer George C. Wolfe and members of the Lacks family. FINAL VERDICT: RENT 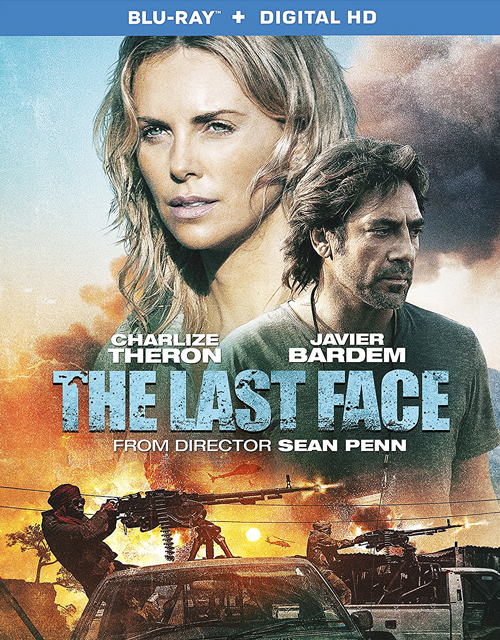 Sean Penn hasn’t directed a movie since 2007’s “Into the Wild,” and if his latest effort is any indication, he should have kept it that way. “The Last Face” may have been made with the best intentions, but it’s a terribly misguided, self-important and tone-deaf drama that exploits war-torn Liberia in order to tell a love story about two privileged white doctors. The way in which Penn uses the horrors of the film’s backdrop as mere plot devices is pretty offensive, while the romance between Charlize Theron and Javier Bardem’s characters is a boring slog that clumsily bounces back and forth between several different time periods. Though both actors have such a compelling screen presence that they elevate the material somewhat, it’s still so bad that you can only lament the colossal waste of talent on display. 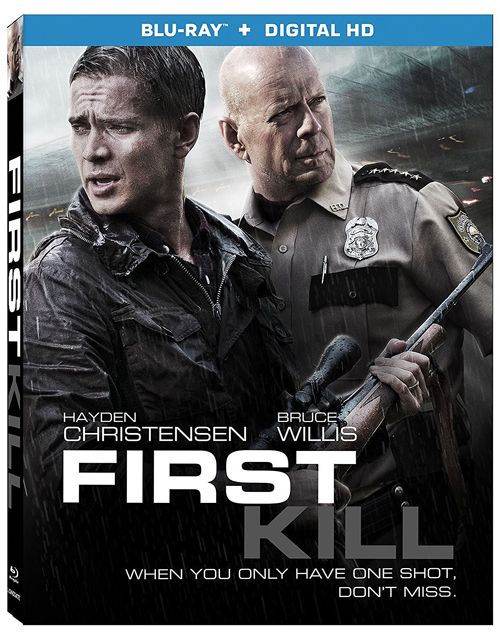 Direct-to-video maestro Steven C. Miller’s latest thriller is every bit as awful as his previous films. You’re either a fan of these movies or you’re not, but even those who fall into the former camp would be hard-pressed to defend “First Kill” on its merits – especially because it doesn’t have any. Though this marks the third collaboration between Miller and Bruce Willis, the veteran actor is once again in full paycheck mode. Willis has a much larger role compared to 2016’s “Marauders,” but his actual onscreen time is limited when you take into account that half of those scenes were filmed using the back of someone else’s head. The rest of the performances aren’t much better, and the screenplay by Nick Gordon is incredibly predictable, but that’s pretty much par for the course for this type of generic, low-rent fare.

Tags: All Eyez on Me, Blu Tuesday, First Kill, Narcos, new Blu-rays, The Flash, The Immortal Life of Henrietta Lacks, The Last Face