Trending
You are at:Home»Entertainment»TV»The Final Approach: “Game of Thrones” and the importance of sticking the landing 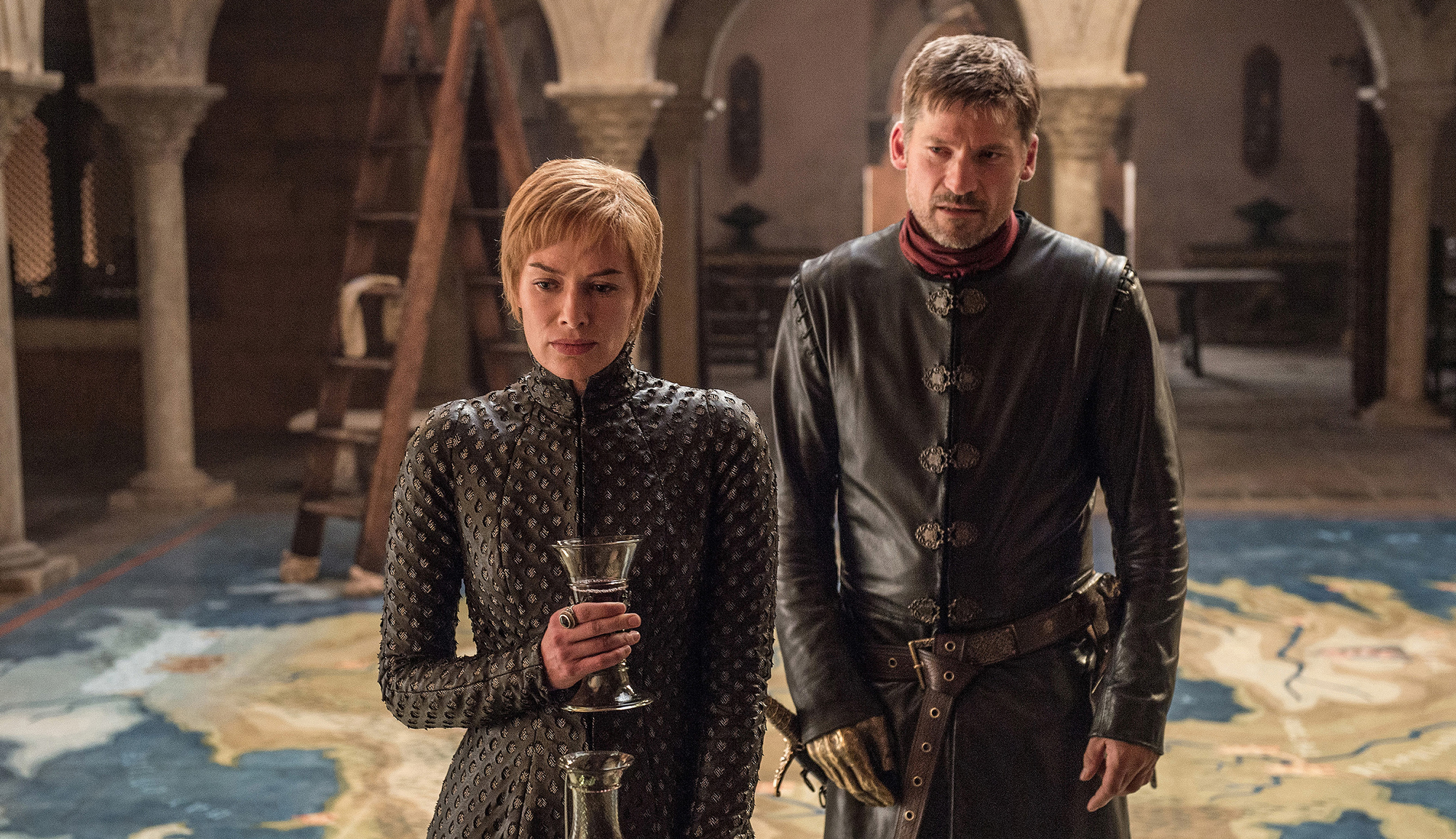 “You either die a hero or you live long enough to see yourself become the villain.” — Harvey Dent, “The Dark Knight”

Through six seasons, countless locations and a steadily climbing death toll, HBO’s “Game of Thrones” has entertained millions with its tale of power struggles, betrayals and strange allegiances. Drawing upon George R.R. Martin’s “A Song of Ice and Fire” book series, it has captured audiences’ imaginations both through an unfolding plot and deepening characterizations. Most television series are content to choose either a central narrative push to charm viewers or brilliant character designs to enthrall fans that want to see these figures play out on the screen, but “Game of Thrones” deftly combines both to produce a show that has earned its rabid fanbase. As it enters the penultimate season, though, the showrunners must now be focused on delivering a satisfying conclusion to a variety of storylines and character arcs. This is no easy feat. Many similar genre shows have managed to bungle the landing, and with “Game of Thrones,” the ending may be the most important part of the show’s lasting legacy.

Firstly, it’s important to note that one thing “Game of Thrones” is already doing right is going out on its own terms. Too many series simply go out with a whimper, telling an endless number of stories that ultimately have no real consequence because there’s no end in sight. By making it a finite series, due in part to its nature as an adaptation, producers David Benioff and D.B. Weiss have wisely decided to conclude the show when the story demands it, not when viewership falls off or when too many stars have left to pursue other jobs. While there have been some shows that have worked under the constraints of a mandated conclusion — most notably “Angel,” which turned in a fantastic final season — too many have limped to the finish line having already squandered what was left of the remaining audience’s good will. Also, by selecting an endpoint for the series, it means that the writers can start drawing together all the disparate threads and aim towards that final curtain call. There won’t be a hastily assembled finale or a sudden rush to introduce last-minute plot points to reverse-engineer meaning into the show.

One show that seemingly had time and resources to figure out its ending, which found the TV series treading water while the producers mapped out how long it would last, was “Lost.” A lot of digital and physical ink has been spilled about that final season, but one thing to note is that even though its endpoint was decided somewhere during the third season, there were many crucial plot elements that simply were never addressed or even introduced until the last handful of episodes. The cave and its cork of destiny, the Man in Black’s relationship to Jacob, and other parts were foreshadowed throughout “Lost” but clumsily delivered in its final few hours so that it felt rushed and poorly planned. That feeling would be the last emotional experience fans would have with the TV show and thus would paint how they felt when remembering all the time and energy that they invested in it.

Luckily, “Game of Thrones” has had the benefit of (originally) coming from a singular mind who was able to plot out the course of his various characters and clans; the world of Westeros has been brewing in George R.R. Martin’s brain for decades, and so he was able to guide Benioff, Weiss and the other show personnel into the directions they should take: what to emphasize, what to downplay, what should be a recurring theme and what was essentially a detour in the novels. This is a huge boon to the writers and producers; even if the show’s ending differs from the books, which is probable given the various characters that never showed up in the HBO series, at least they know the general direction to lead the storyline towards a satisfying conclusion.

But what does “satisfying conclusion” even mean? To some, it means a happy ending where Good triumphs over Evil and everyone gets to follow their hearts’ contents to their respective bliss. But that would be a betrayal of all that we have learned about this harsh world in “Game of Thrones.” The fact remains that while there is a morality within Westeros, it is not a traditional one of good actions being rewarded. It’s a combination of luck, privilege and being cunning enough to recognize an advantage and how to press for it. Not everyone that is beloved will make it out of the show alive or in one piece, but there is still a need to adhere to a certain internal logic the show has adapted over the years. Some characters are overconfident, missing key blind spots and opportunities for betrayal; other characters are cunning but take a slow burn approach in their quest for power (Littlefinger, for example). There are some horrific characters that, through their obscene actions, deserve a terrible fate, but as Tyrion once noted, “If you want justice, you’ve come to the wrong place.”

“Breaking Bad” is a good example of adhering to a certain internal logic with its characters’ fates. There were some that were allowed a happy ending, others doomed to an early grave and many in between. (It should also be noted that while there were many creative participants in crafting the story of “Breaking Bad” — directors, writers, producers — it was generally speaking all from the mind of creator Vince Gilligan). None of the actions felt forced, nor was there some deus ex machina awkwardly inserted into the proceedings. It’s a hard thing to define, but viewers know it when they see it; it just felt right. As Walter White lay there on the ground in the lab, ruminating on all that he had accomplished and destroyed, a man out of time and out of solutions, it was a fitting way to bid adieu to a complicated character that was at once a hero, anti-hero and outright villain.

It’s important to open strong — a good hook, something clever and unexpected to get people interested and quickly invested in the world the artist is creating. However, it’s also vital to end well; this is the last impression that most of the audience will have of the work. Think of a film that has a terrible third act. Viewers leave the theater feeling let down and unhappy about the whole experience. Sure, some will be able to separate the good parts and appreciate them for what they were, but for most, the experience is retroactively soured by that bad conclusion.

For “Game of Thrones,” it’s critical that the audience not only feels a sense of closure (who will sit on the Iron Throne? Will Jon Snow and Daenerys be wed to unite the worlds of Ice and Fire?), but that it feels earned and that the ending is a natural progression that fits within what viewers have come to know of this strange, brutal world they’ve been invested in for eight years. After all of the sword fights, backstabbing and premature deaths, a bad ending would be the greatest betrayal and shock that fans of Westeros could ever fear to experience.