Trending
You are at:Home»Entertainment»Movies»Movie Review: “The Beguiled” 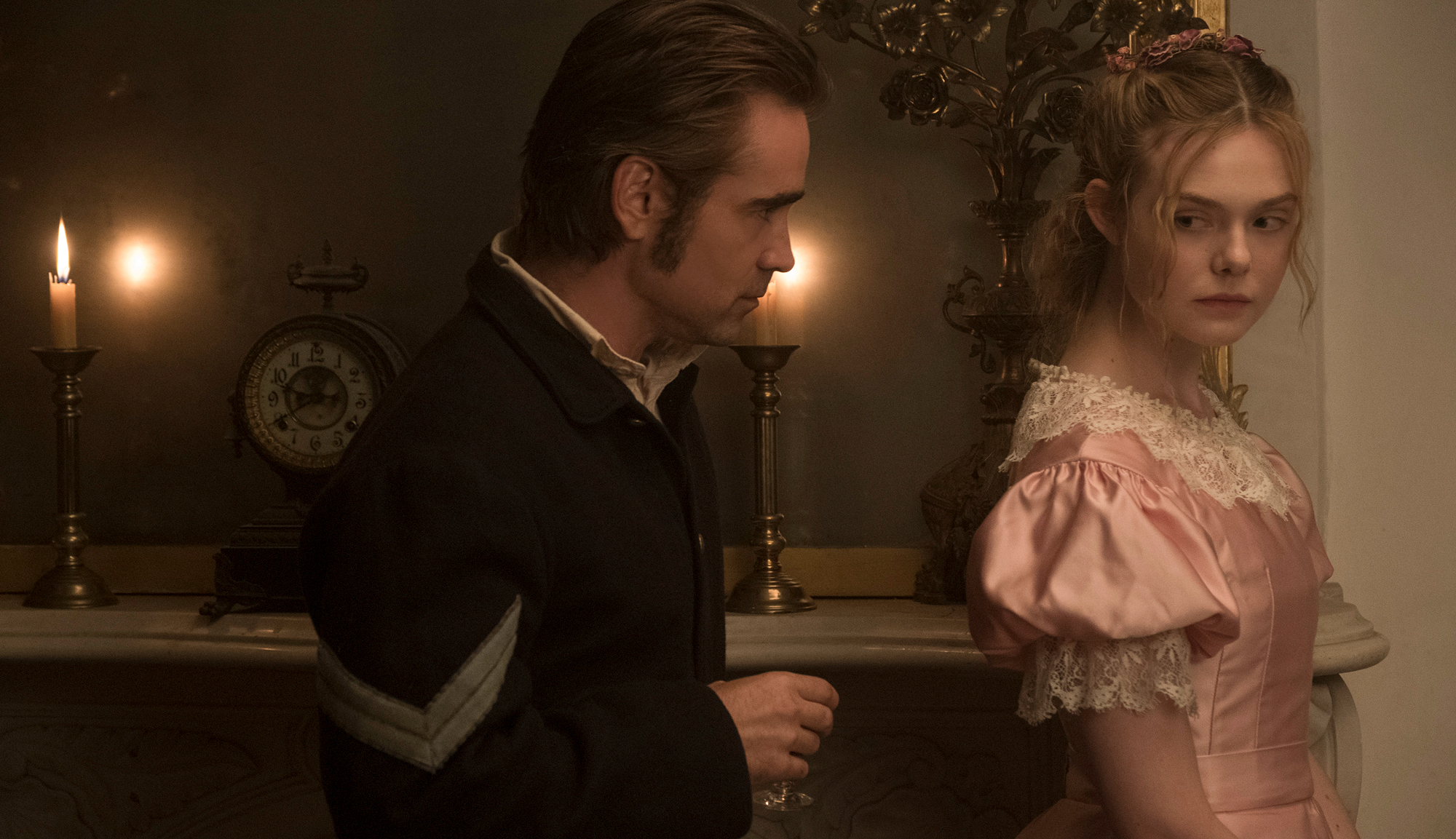 With “The Beguiled,” writer/director Sofia Coppola adapts Thomas Cullinan’s novel and makes a movie that feels more human than the 1971 Don Siegel film starring Clint Eastwood. While the original had incest, more cruelty and some darkly lit hallways that scream horror, Coppola takes a more restrained, empathetic approach to the story. In her version, Coppola’s first adaptation and remake, she gracefully explores some new and bleak territory.

Martha Farnsworth (Nicole Kidman) is the head of an all-female, southern boarding school in Virginia. During the Civil War, they’re isolated; there’s always a sense of danger lurking outside in the fog. One day, a dangerous figure appears in the form of Cpl. John McBurney (Colin Farrell). McBurney is an Irish union soldier, a mercenary fighting for the North. One of the girls at the boarding school, Amy (Oona Laurence), finds him injured in the woods, and despite Farnsworth’s suspicions, she lets him inside and helps mend his leg. The students and their teachers, especially Edwina (Kirsten Dunst), take an interest in the soldier. He has a kindness and charm about him, but his sweetness (and the southern hospitality) soon turns sour. Tension, both sexual and life-threatening, begin to rise in the house as his presence ends up bringing darkness and death.

It’s understandable why Farnsworth, Alicia (Elle Fanning), Jane (Angourie Rice) and the other women at the boarding school take to him, though. Farrell has the charisma required for the role of the soldier and a sensitivity that greatly contrasts his darkness. He looks innocent, but he is not. In the original, there’s a sense of foreboding and plenty of reason to believe everything is going to go terribly wrong. But in Coppola’s hands, it all feels a little more dangerous, frightening and unpredictable because it’s more grounded, in part due to the performances. Because the ensemble feels real, so does the film’s sense of fear and pain.

Coppola’s pacing is reserved, but when violence occurs, it’s grueling. The violence isn’t extreme, but it’s extremely unsettling. Coppola’s first crack at the horror genre has real bite. Her signature empathy — and even her sense of humor — makes the tension and brutality more visceral. Making the experience even more tantalizing is the undeniable beauty of the movie. Coppola and cinematographer Philippe Le Sourd use natural light to great effect, bringing both a warmness and darkness to the shadows in the house. The light, the dark and the fog create an inviting atmosphere that’s both beautiful and horrific.

The director and Le Sourd have crafted some images (and a film) that are hard to shake. Coppola has always landed her endings, leaving the audience with images so powerful that they encapsulate the experience, and “The Beguiled” is no exception. The piece of music that plays over it, from French rock band Phoenix, turns up the heat to its highest degree. With the unnerving sound, Coppola perfectly captures “The Beguiled” in one final shot. The film isn’t her most emotional work, but it’s not trying to be. It is, however, Coppola’s most visceral movie yet.