Trending
You are at:Home»Lifestyle»Introducing Toys In The Bedroom: Make It All About Her 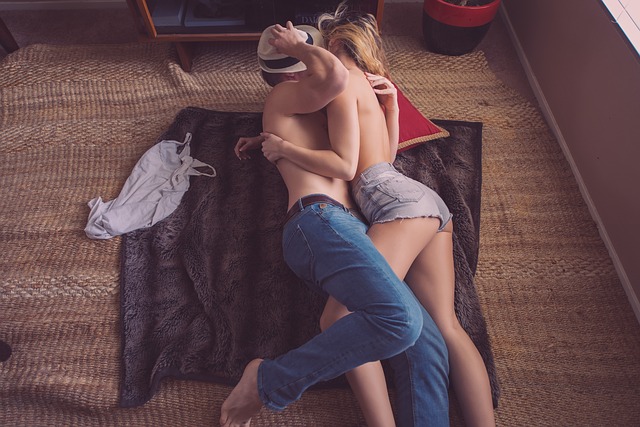 It shouldn’t matter if a man is dating, seriously taken, or married. If he’s a guy that wants more out of an intimate relationship than a one-time tryst, a little refocusing is in order. Yes, it’s about pleasure and satisfaction, but not just his. A woman’s desire to feel confident and satisfied in the bedroom is as intense as any man’s. Mutuality during a couple’s most private moments sometimes seems like pursuing the impossible.

Many men are still stuck in the mindset that all a woman needs to feel satisfied, is the natural equipment he contributes to the situation. Some guys are this lucky, but most know deep down that their partners are looking for more. It could be time to explore the use of adult toys.

For the average guy, this subject isn’t difficult. Strangely enough, it isn’t for women either. The trouble arises, yet again, when toy exploration is dealt with in the face of mutuality. When the idea of introducing mechanical help is broached, the why, how, and when questions tend to get in the way of following through. Men can overcome these questions when they shift the focus from the details of a toy’s uses, to the benefits. The greatest among these is her overall personal and sensual wellness.

Though intimacy is primal for both genders, women tend to place a great deal of their energies on the role of sensuality in their lives. This isn’t to say that men do not, but for women, this often reigns over physical satisfaction. In short, it is difficult for a woman to enjoy sex fully if she feels incomplete in some way.

There is no question that a woman discovers interesting things about her own sensuality when using sex toys. She discovers everything from what turns her on physically, to tiny details about her mental, biological, and spiritual tuning. For women, the use of adult toys is much more involved than just being a physical release. Toys provide a door into gaining personal psychological control, which builds the sense of being a vital and desirable creature. In other words, women enjoy sex more when they are able to consider it to be an indispensable element of their overall wellbeing. So, toys have the power to provide more than just carefully directed tickles. They help ensure sensual freedom.

Now, back to the conundrum of toys in the bedroom. How should men approach surprising women with an incredibly interesting ringed and nubbed vibro-pulsolating-magnum-oohlala-twist2000-tongue-o’lator with leather straps? Again, the answer is to refocus.

The Power of Communication

Whatever the toy of choice, men should express interest and consideration regarding their partner’s level of sensual awareness. A man should candidly, but genuinely communicate that he is a safe person with whom to share new discoveries. Reveal the toy in the form of a gift. Men should state that a woman’s ability to feel aroused and satisfied is important their satisfaction as well. Even better, present a collection of toy options that allow either solo, or mutual enjoyment. Turn the focus of using an adult toy toward her idea of sensual connection.

With this approach to introducing toys in the bedroom, the toys themselves will become part of the intimacy. They will cease being only configurations of silicone, dials, and batteries, and will quickly become adored elements of intimate sharing. Don’t be hesitant to bring toys into the bedroom, but be extra vigilant in understanding that for a woman, toys represent far more than dirty fun.