Trending
You are at:Home»Lifestyle»Can Rugby become America’s next big sport? 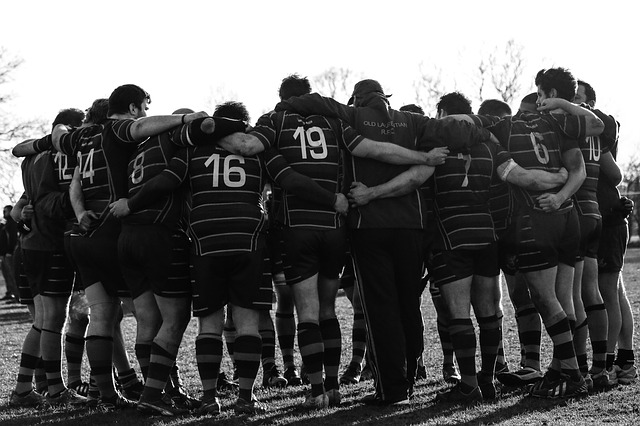 From the United Kingdom to the islands of the Pacific, and western Europe to Argentina, the impact of rugby as a sport is global. Yet in the US, the sport is very much on the periphery of the public’s consciousness. That, however, could be changing.

The recent World Rugby Show in Las Vegas was attended by over 80,000 people across the space of three days. Whilst these crowds are relatively small compared to NFL games, rugby is catching on in a nation that has only recently fully embraced soccer, another sport from across the pond.

There are high hopes and big ambitions about the future of the sport, but what are the chances of these ambitions being realised?

The rising popularity of Rugby in the USA

The history of rugby dates back to 1823, when students at Rugby School in England were playing football and one student—with scant regard for the rules of the sport—picked up the ball and ran with it. Rules were established in 1839, and in 1871 the Rugby Football Union was founded.

Today, the game is played worldwide and is the de facto national sport in Wales, Fiji, Georgia, Madagascar, New Zealand, Samoa and Tonga. In the US, the first recorded rugby game was in 1874 between Harvard University and McGill University and the sport generally stayed as a college game. It wasn’t until the 1960’s and 1970’s, and the formation of USA Rugby when the sport was started to be taken seriously.

Today, significant signs of progress are being shown. Over 2500 rugby clubs exist around the US, with college rugby being the most popular. In 2016, a crowd of over 60,000 watched the national team take on the famous New Zealand All Blacks in Chicago.

Dan Payne, CEO of USA Rugby, felt the game showed signs of a promising future, while US player Chris Wyles described the atmosphere as incredible, claiming the exposure of rugby to American sports fans will lead to them falling in love with the game.

The rugby match in 2016 was itself a sign of how far the sport in the country has come, but also how far it has to go. New Zealand ran out 74-6 winners on the day, showing that whilst the demand for rugby is there, the talent isn’t quite up to scratch.

Young people in the US are playing more rugby than ever

The future of rugby depends not so much on the success of the current team, but of young people’s relationship with the sport. According to Payne, USA Rugby now has 50,000 registered youth athletes in addition to many more younger players who aren’t registered. The game is now played by 35,000 high school athletes in the US, which is 10 times more than a decade ago.

And it’s with young people—though not just American young people—that the sport is really taking off. American rugby scholarships are actually attracting players from Europe. According to Future Elite Sports, rugby scholarships attract players from Europe who want to benefit from the USA’s world-class sporting facilities whilst earning a first-rate degree and gaining the full ‘American College experience.’

Payne calls this younger generation his sport’s “401K retirement vehicle”. And in this area, the US already has the facilities and the stadia to make rugby attractive to young players and fans alike. Despite the success of rugby scholarships and youth rugby in general, the game has a long way to go before it can rival the likes of soccer, nevermind baseball or football.

Could rugby ever challenge the big five in US sports?

The big five sports in the US are generally considered to be baseball, basketball, American football, soccer and ice hockey.

All of these sports have professional leagues that are attended by thousands of spectators, as well as varsity college games that are well attended too. Rugby, despite top facilities and rugby scholarships attracting players to the sport, will always be playing catch up to the big five.

According to The Harris Poll, 33% of American’s list pro football as their favorite sport and 15% select baseball. Rugby didn’t even make the poll. There’s a long way to go to make rugby anywhere near as successful as other sports, however, with the country’s push for young players, top-class rugby scholarships, and increasing playing throughout the educational tier, from high school to college, the sport looks to have a very bright and prosperous future if they seize on this current interest.