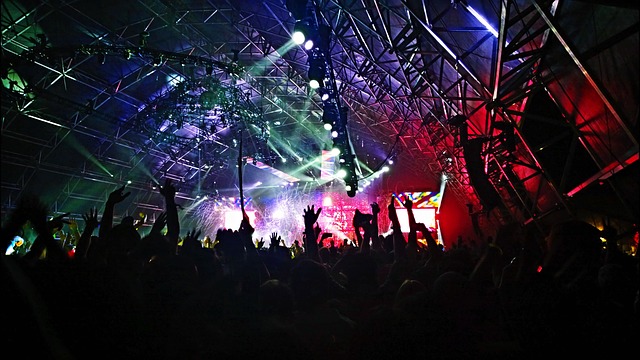 The summer music festival season is just around the corner. In fact, depending on who you ask, it already began, with Coachella Valley Music and Arts Festival kicking it off in April with headliners Lady Gaga and Radiohead.

Though it may take us a little longer to warm up in Canada, we’re not far behind our neighbours to the south with a series of festivals throughout the summer. No matter how you slice it, you have several busy months ahead of you if you expect to catch your favourite bands. As you contemplate your options and cross examine your budget, take a look at this short guide of the west coast’s top gigs. Trust us, they’re worth travelling for.

It’s billed as the best weekend of your life, and we’re inclined to believe its organizers. Chance the Rapper headlines along with Muse and A Tribe Call Quest, with supporting acts from Major Lazer, HAIM, Big Sean, and Tegan & Sara. You won’t want to miss out on a lineup like this! Neither will you want to overlook the beautiful surroundings, as the Pemberton Music Fest is nestled at the base of Mt. Currie, just one of the majestic peaks of the Rocky Mountains.

How often do you get to say you’ve watched the biggest names perform on a private cattle ranch in the middle of the Rockies? We’re guessing not very often, so be sure to check out the Shambhala Music Fest, the only 5-day concert set on a 500-acre farmstead nestled between the Kootenays. This year marks Shambhala’s 20th anniversary, and it’s celebrating with its impressive lineup that includes A-Trak, Adventure Club, and Black Tiger Sex Machine. If that’s not enough, blast from the past DJ Jazzy Jeff will also be making an appearance, so be sure to get your tickets soon.

True to its name, the Vancouver Folk Festival is considered by many to be the be-all, end-all of folk music fests. You’ll forget you’re just a hop, skip, and a jump away from the downtown core, as the fest takes over Jericho Beach. That means you’ll be lucky enough to admire the backdrop of the Pacific Ocean as you take in the sounds of the biggest names in folk, including such headliners as Andy Shauf, Kathleen Edwards, and Billy Bragg & Joe Henry. And if you’ve wondered what the Barenaked Ladies have been up to since losing their front man, you can find out as they’ll be in VanCity, too.

If you’re from the area, it’ll be easy to get out seeing your favs and then making it back home in time for your music lessons in Vancouver. After all, if you expect to be able to play along with your heroes’ records or maybe one day share the stage with them, music lessons will help you get there. And don’t forget about plain old practice!

If you’re not from the area, then one of these festivals might be worthy of a road trip this summer. Check in with friends and see what you have to do in order to get out west. You won’t be disappointed.