Trending
You are at:Home»Vices»Drink of the Week: The Queen Elizabeth Cocktail (The One With Brandy) 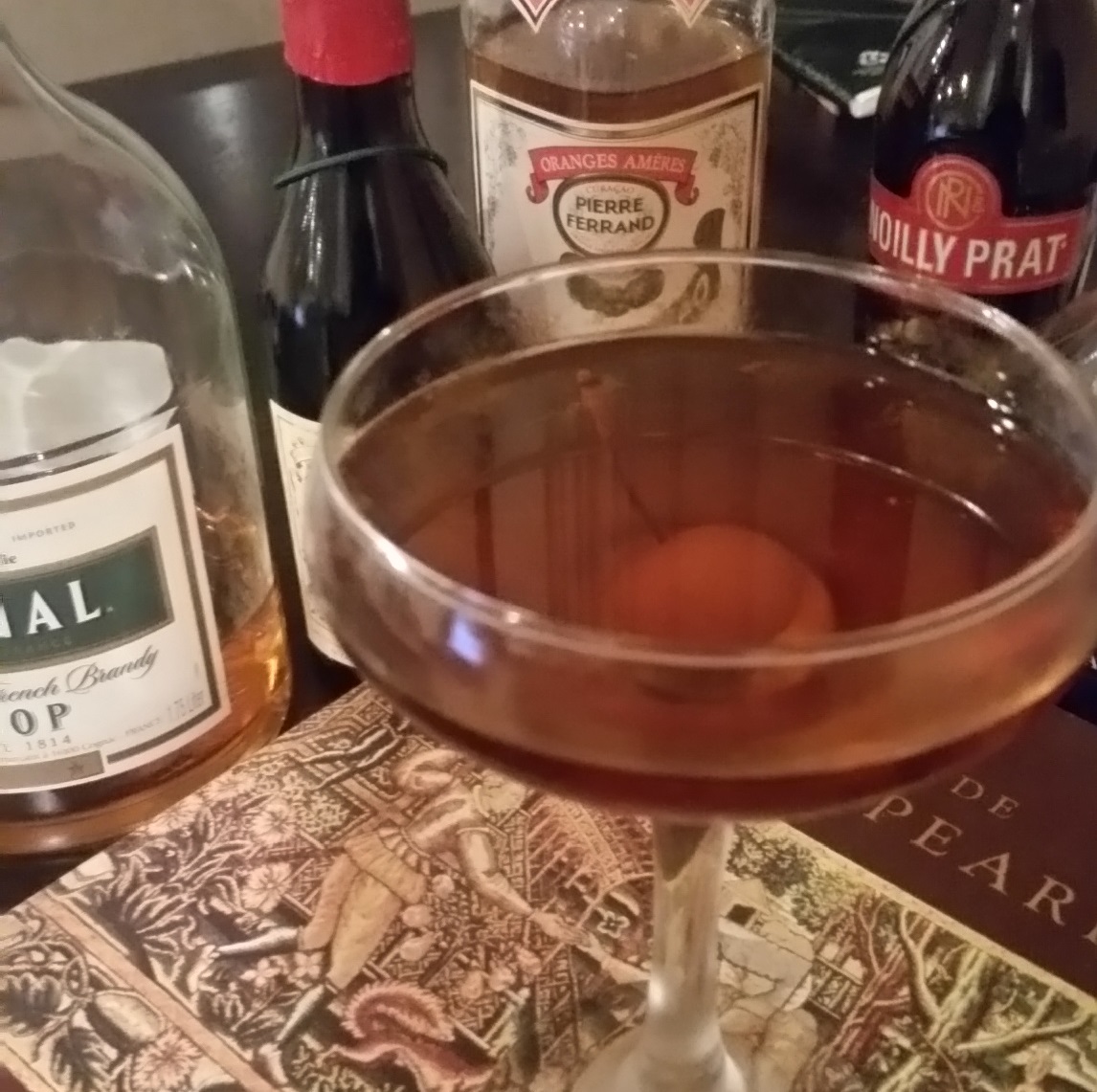 This might sound odd coming from a cocktailian pinko like me, but I admit to being a monarchist-sympathizer. It’s not that I believe the wrong side won the American Revolutionary War, far from it. It’s just that, now that European monarchs perform ceremonial functions and have little or no official political power, they seem to me quite decent sorts.

I mean, who wouldn’t be charmed by the revelation that the king of the Netherlands has been moonlighting as an airline pilot? And what fan of that thing called human freedom didn’t get some goosebumps when Prince Charles of the UK spoke out against the worldwide threat of fascism?

And, yes, what about Charles’ mum, aka, Queen Elizabeth II? Seems she had an encounter with late Saudi King Abdullah — a member of a not-at-all-cool royal family that still ruthlessly holds dictatorial power — in which she struck a blow for human rights and taught him a righteous lesson about women drivers. And then there’s the stiff-upper lip care and compassion the 91 year-old monarch showed meeting victims of the Manchester bombing last week. She also reportedly praised the Netflix show about her and herefamily, which seems like a pretty down-to-earth way for a royal (or anyone) to behave. All in all, a woman worth drinking to.

It’s true that our Queen Elizabeth II was just a pre-school age little princess when two separate Queen Elizabeth cocktails, presumably named for the far more fearsome Elizabeth I, were included in 1930’s The Savoy Cocktail Book. This is the second and less well known of the two. It is something of a very sweet spin on a Manhattan, but with brandy and without bitters. Regardless of which queen classic era bartenders had in mind with this drink, it’s not a bad way to toast the sweetly tough-as-nails Queen Elizabeth II — and all the other sensible monarchs who understand that, in the civilized world at least, real power should always rest with the people.

Combine the liquid ingredients in a mixing glass or cocktail shaker and stir vigorously with plenty of ice. Stir and strain into a chilled cocktail glass. (Shaking this one just doesn’t seem right.) Add the cocktail cherry, if you’ve got it. Sip and contemplate that, since powerless monarchs like the Windsors seem to be so much kinder and more principled folks than say, the House of Saud, that maybe there really is something to the idea that power corrupts.

I tried my Queen Elizabeth with two brands of brandy and two of sweet vermouth. My brandies were Reynal (my classy but value-priced default) and Paul Masson VSOP (not as classy, but definitely value priced). My vermouths were Noilly Pratt (my mid-priced, very classy default) and Carpano Antica (the rather expensive, super classy cocktailian default, which I admit is better in most drinks). I also used both good and fance Pierre Ferrand Dry Curacao and good and cheap Hiram Walker Orange Curacao but, considering the tiny amount in the drink, I’m skeptical whether that choice made any difference at all.

The ways of royals are mysterious to us commoners after all, I guess.